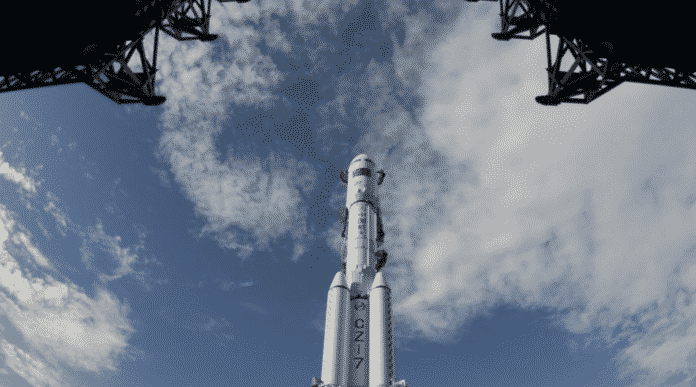 According to various sources, SpaceX has reportedly launched four times the tonnage launched by the Chinese aerospace agency, the China Aerospace Science and Technology Corporation (CASC), in 2021. The data is provided by Patrick Collison, the chief executive officer of Stripe, which is a financial technology firm operating in California.

The major factor for this increase is that the company continues to build out its Starlink internet constellation aggressively as a report over this year. By the end of 2020, more than half of California-based launch services provider’s launches were for Starlink payloads. Out of the 25 Falcon 9s that took off last year, 14 carried Starlink satellites to their orbits.

In 2021, 11 of the 14 Falcon 9 launches conducted by SpaceX were carrying Starlink payloads. The other three include SpaceX’s first dedicated ridesharing mission, Transporter-1, NASA’s Crew-2 launch, and a Turkish communications satellite.

In terms of total mass, this year, SpaceX’s Falcon 9 carried 193 tons, out of which 117 tons were launched during the first quarter of 2021. However, during the same time, CASC launched roughly 27 tons to orbit, indicating that during Q1 2021, SpaceX launched more than four times the tonnage to orbit than China’s national space agency.

due to this significant milestone by SpaceX, the U.S. accounted for roughly 43% of orbital payload launches this year, nearly all of which were conducted by the Falcon 9. The first quarter of 2021 has been great so far for SpaceX, and the space agency intends to launch its new release even more loads in the months to come.

China, on the other hand, is yet to develop reusable rockets, which significantly bring down launch costs. However, it is the process of developing a reusable variant of the Long March lineup, which will land its center stage and side boosters together either on land or on the sea.