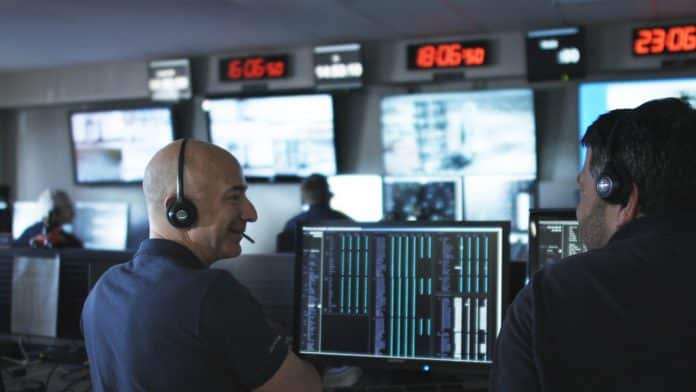 Jeff Bezos will be stepping down and the CEO of Amazon this year and the helm will officially be given to Andy Jassy. However, ahead of his outgoing, Mr. Bezos has reportedly sold roughly of about $5 billion in shares since the start of this month.

Reports indicate that at the end of the sale, the soon to depart CEO made a total of $4.9 billion. Sources report that this sale was made by the result of a complaint Blue Origins filed with the National Aeronautics and Space Administration Office of the Inspector General (NASA OIG) for not being awarded a $3 billion contract to develop a lunar lander for NASA’s Artemis program.

In the space development programs, Blue Origin and SpaceX are the two big names and their competition will only heat up in the coming years as the Artemis program commences American missions to the lunar surface. Currently, SpaceX is a step ahead of its competitor and it’s the only company in the world to operate reusable rockets capable of delivering a payload to the International Space Station (ISS) and deep space. However, Blue Origin is developing its reusable heavy-lift rocket named ‘New Glenn’.

Mr. Bezos has always funded its Blue Origin company by liquidizing some of its Amazon Stock and this time even though it’s not mentioned as to where the $4.9 billion are headed, it’s expected to fund Blue Origin’s plans.

There is a high chance of it being spent to enable Blue Origin successfully develop the New Glenn. The rocket’s first flight is set for the fourth quarter of next year, which is in line with the company’s customer launch schedules.