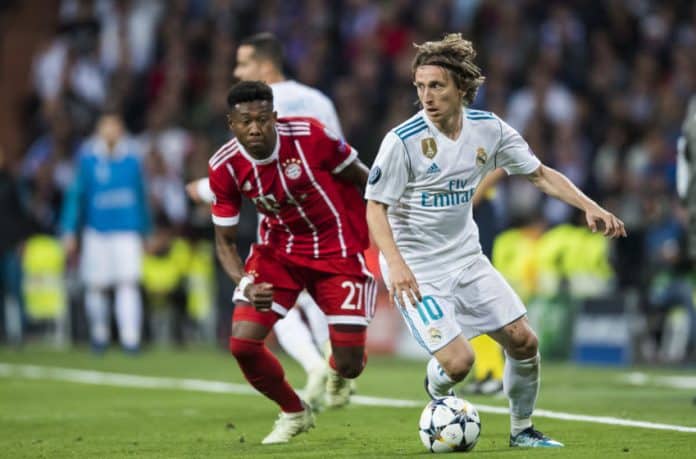 Real Madrid are one of the top clubs in Europe, and when they come calling, not many players can refuse them. Bayern Munich defender David Alaba has already confirmed that he will be leaving the German champions this summer as his contract ends.

Real Madrid wanted the Austrian defender to provide backup for centre-back and left-back and eventually take on the mantle in a few seasons time from Sergio Ramos, who is already 36-years old.

The Spanish giants have won the race among all the leading European clubs to sign David Alaba for free. They have offered him a €12m net salary per season. Both the camps know about the agreement since January, and it will be officially declared soon.

Fabrizio Romano mentioned about the details of the deal on Instagram:

It’s never been in doubt since January and the deal is almost done: David Alaba will join Real Madrid.

David Alaba will sign his contract as a ‘free agent’ with Real Madrid at the end of the season when the deal will be announced: here we go!

The verbal agreement between Alaba, his agents and the Real board was completed in January: they’ve always been leading the race to sign David.

Alaba salary will be around €12m after taxes per season, he has accepted the Real Madrid proposal as it’s always been his dream to play in Spain.

Besides Bayern Munich attempts to keep him in the last year, also Chelsea, PSG, Barcelona and Liverpool have been trying to convince Alaba in the last months but Real Madrid have always been the favourite after the verbal agreement.

Romano also confirmed that Luka Modric has also signed his new contract with Real Madrid until June 2022. It has been confirmed and set to be announced soon. The 35-year-old has been instrumental in Real Madrid’s dominance in Europe as they made a hat-trick of UCL trophies.

Modric is also the only player to win the Ballon d’Or other than Ronaldo and Messi in the last decade. He certainly deserves to be called a Real Madrid legend.