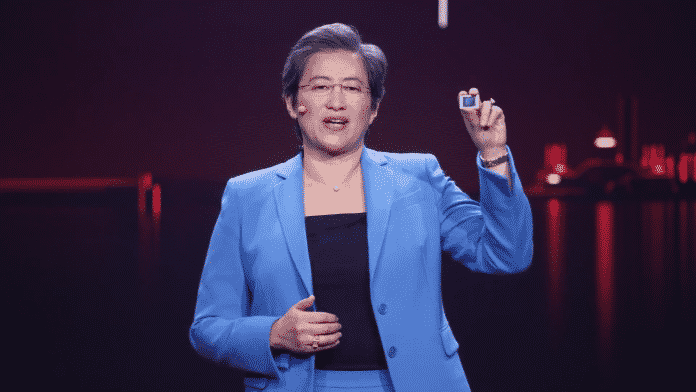 AMD is on the run to exceed analysts’ expectations as it has record revenue in Q1 2021, a whopping $3.4 billion and $555 million in net income. Last year also AMD posted a strong revenue of $3.24 billion and was on the run to increase it every quarter.

Thanks to AMD’s commitment to delivering its wide range of products, including enterprise and customer products and the computing and graphics segment, it has helped it grow by a staggering 93% year-over-year and 6% sequentially the end of the first quarter.

Also diluted earnings per share went up to $0.45 which is almost 221% up compared to last year. AMD did have an amazing 2020 with the launch of Ryzen 4000 for laptops and then showing promise with Ryzen 5000 series processors for both desktops and laptop. Also, the never-ending demand for new Xbox and PS5 consoles have helped AMD post record revenue and it is likely to increase with time.

“Our business continued to accelerate in the first quarter driven by the best product portfolio in our history, strong execution and robust market demand,” said Dr. Lisa Su, AMD president and CEO.

“We had outstanding year-over-year revenue growth across all of our businesses, and data centre revenue more than doubled. Our increased full-year guidance highlights the strong growth we expect across our business based on increasing adoption of our high-performance computing products and expanding customer relationships.”

The segment where AMD made a record is the Enterprise, Embedded and Semi-Custom that posted revenue of $1.35 billion, which is a record-breaking 286% increase year-over-year and 5% quarter-over-quarter.

Obviously, the increasing sales of AMD EPYC processors have helped AMD achieve this growth, and it is expected to increase with recently-announced EPYC Milan processors.

On providing us with an estimate for next quarter, AMD expects to earn $3.6 billion in revenue, plus or minus $100 million, which is approximately 86% increase year-over-year and 4% quarter-over-quarter.

AMD is confident of seeing growth each quarter, thanks to the growth in data centre and gaming. At the same time, for the full fiscal year 2021, AMD expects to surpass expectations and post revenue growth of approximately 50% over 2020.