SoftBank’s Vision Fund is set to Invest $450 Million in Swiggy at $5.5 Billion Valuation 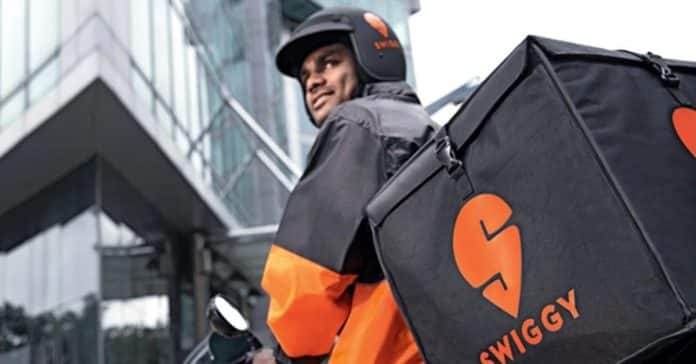 As capital floods the world’s fastest-growing internet arena, India, SoftBank Group Corp. is investing in the Indian food delivery startup, Swiggy, at a $5.5 billion valuation, the second funding for Swiggy in as many weeks.

In recent years, SoftBank has been sweeping tech and startup headlines. The company seems to have invested in just about every major startup ranging from robotics to satellites and artificial intelligence to computerized enhancements for human bodies.

About a week ago, Swiggy had closed an $800 million funding round from investors including  Goldman Sachs Group Inc. and Falcon Edge Capital LP. That funding, according to Bloomberg, “punctuated a historic week for India’s technology industry when in the space of four days, investors minted at least six new unicorns or startups with a valuation of $1 billion or more.” Representatives for Tokyo-based telecom company, SoftBank, and Swiggy didn’t immediately respond to requests for comment.

The Economic Times reported earlier that SoftBank was going to invest in Swiggy. Global investors such as American hedge fund Tiger Global, and South African multinational consumer Internet company, Naspers Ltd., see growing opportunities in the country’s startup scene. The nation of 1.3 billion people is a growing hub for internet services. It has seen the rapid adoption of smartphones in recent years coupled with the explosive growth of inexpensive internet services and a new generation of ambitious entrepreneurs.

The venture investments are doing their bit to diversify India’s industry, best known for tech services companies such as Tata Consultancy Services Ltd. (TCS), Wipro, and Infosys Ltd. “A Credit Suisse Group AG report last month found there are about 100 unicorns in India with a combined market value of $240 billion, in sectors from e-commerce and fintech to education, logistics, and food delivery.”