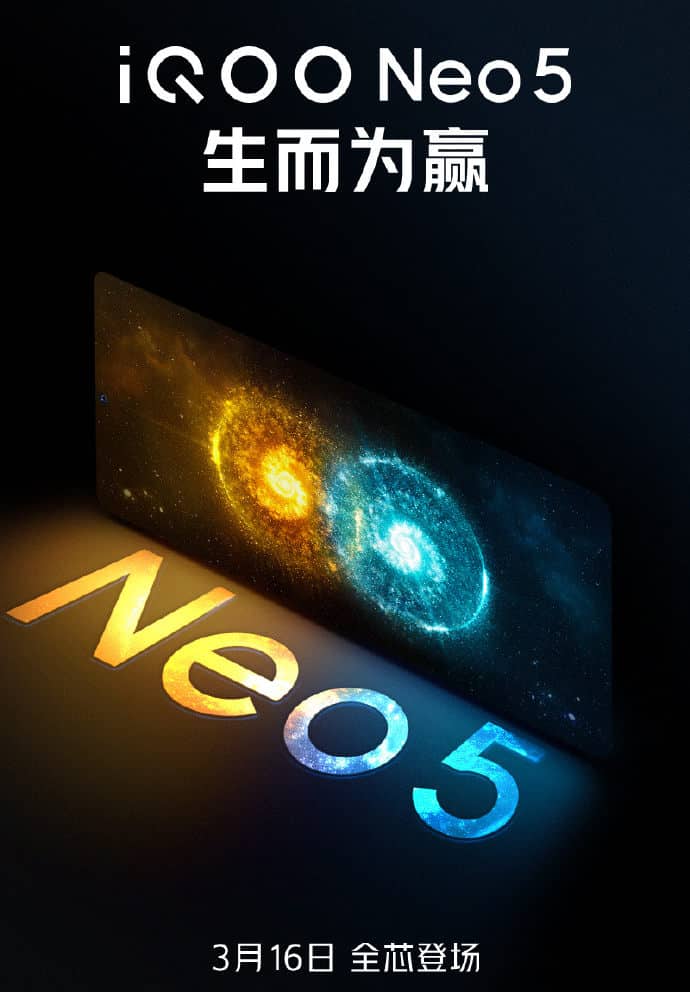 As per reports, iQOO is going to launch its iQOO Neo5 smartphone on March 16 and well ahead of its launch some of its key features got revealed. iQOO has officially shared a poster revealing the battery specification and fast-charging capacity of the iQOO Neo5.

As per the poster, the upcoming iQOO Neo5 will be fueled up by a 4,400mAH battery (a pair of 2,200mAH batteries) and it will be powered by 66W of FlashCharge technology. As per a previous leak, iQOO Neo5 will have an in-box charger. So, no worries regarding the availability of the charging adapter.

In terms of the 66W fast charging technology, iQOO claims that it can charge the device fully within 30 minutes and another great thing is that it takes only 10 minutes to raise the battery level to 50%. Moreover, the 66W charger can also be used for rapid charging other products, credit goes to its USB-PD 45W charging protocol.

From the poster, the bottom view of the phone is also visible which shows that it has a SIM card slot, a microphone, a USB-C port, and a loudspeaker grille. However, it looks like iQOO Neo5 will have a flat-screen.