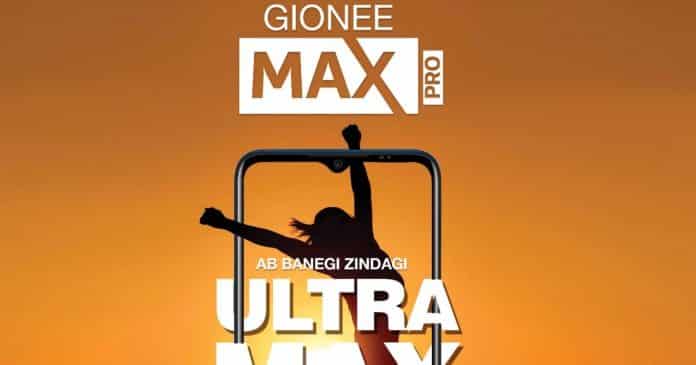 Gionee is going to launch the successor of Gionee Max tomorrow, that is, on the 1st of March 2021. The next generation of the earlier smartphone is named Gionee Max Pro. This tells that this handset will have better specs in comparison to the earlier model. This older device, Gionee Max, was launched in August 2020 and came at a price of Rs 5,999.

A Flipkart web page has gone live and it tells us about all the specifications of this new Gionee Max Pro smartphone. According to the same page, the smartphone is supposed to have a 6.52-inch HD+ display and will come with a screen resolution of 1600×720 pixels.

This screen of Max Pro is 0.42 inches bigger than what was offered in Gionee Max last year. Also, the Gionee Max Pro will host a powerful 6,000 mAh battery cell. Just for reference, the base model offered you a 5,000 mAh cell. The device is planned to arrive with 3 GB RAM and 32 GB onboard storage.

We are still unsure of the processor this budget smartphone uses. Thus, we can’t say anything about it but Gionee Max was run by an octa-core processor so we might expect a similar to even mobile chipset to accompany Max Pro.

The little but vital information about the specifications of the new upcoming smartphone tells us that Gionee is trying to make devices with a larger display and more robust battery cell. There no significant tips on the price but we expect it to fight in a similar market range as it’s the previous model. The device is scheduled to launch on March 1, 2021, at 12 PM IST.