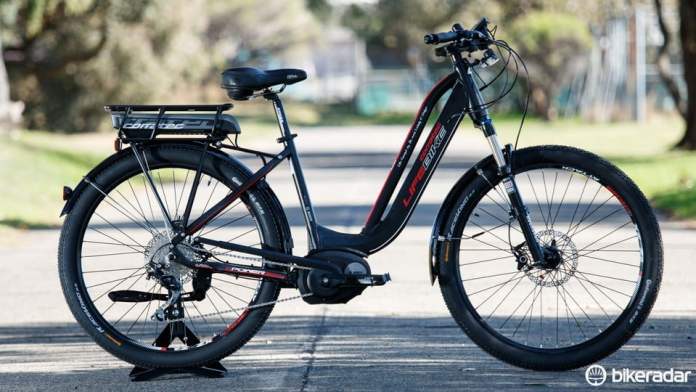 As India is growing continuously in the electric mobility sector, a startup company named E-Motorad has launched an e-cycle that can also be an e-bike. All of the things are good but there arise some questions in the mind of the e-vehicles buyers that how the vehicle runs out of charge and also it has the facility that the buyer can pedal their way to back home or to the nearest destination where they can charge the battery.

Rajib Ganguly, the founder of E Motorad, said that this concept was inspired by European countries where users can use e-bikes for their commute. He also came across this while travelling there in 2016. For the last eight years, he is in the mobility sector and has travelled across many countries during 2016. When he was in Europe, he had seen many locals with the e-bikes, and he also wants to bring that to India.

Rajib said that he had spoken with many experts in India’s mobility sector to understand how he could start the company, about the setup, and drive sales. But In India, the people who also wanted to switch to the e-vehicles are always inquisitive about their decision how this e vehicle will be running out of charge half of the distance. So, he introduced both an e-bike and also an e-cycle is a combination.

He had spent three years researching and also developing the model along with CEO Kunal Gupta. In early 2020 this duo had finalized its design and established a manufacturing unit in Pune that can manufacture up to 300cycles every month.

E-Motorad has launched two types of bikes EMX AND T-Rex. Both of them are suitable for travelling across the city terrain; they can also be used as a mountain bike. These e-vehicles are manufactured with a sturdy frame, disc brakes in the front and rear wheel, and dual suspension for extra comfort.

The EMX model has a 36V 250W rear motor powered by a 10.4 AH Samsung lithium-ion battery. This e-cycle can go at a maximum speed of 28 km/hr, and it can cover 45 km on a single charge, it also means that the driver also no need for a driving license.

The T-Rex model also has some features about its build, brake, and suspension. It is powered by a 36 V 7.8AH battery and will cover 35 km on a single charge. In February 2020 the cycles were launched on a pre-booking mode at Rs. 55000 for the EMX and Rs. 45000 for the T-Rex. At the end of the year, they have sold 1200 pieces. A new variation they also have launched now named Karbon, a foldable e-cycle.