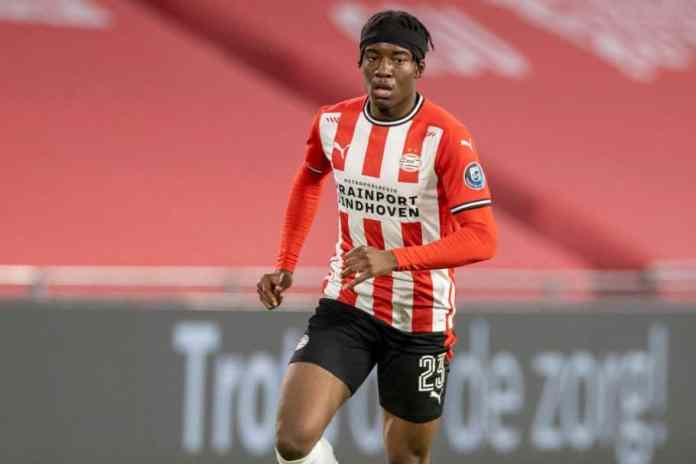 PSV midfielder Noni Madueke has emerged as one of the top-performing youngsters in Europe this season.

Noni Madueke is a highly exciting young winger from PSV. He is just 18-year-old. The PSV midfielder has cemented his place in the squad under Ruud van Nistelrooy.

Noni Madueke joined the Eredivisie side in 2018 from Tottenham Hotspur’s youth academy. He has emerged as the best performing English man in Europe. He has contributed eight goals and eight assists this season. He has a goal contribution every 64 minutes. It is the best stats for an Englishman in all over Europe.

Noni Madueke caught the eye of many scouts in his time at Tottenham Hotspur’s youth academy. He was only 15 when he made his under-18s debut and captained their under-16 side in his final season, scoring 18 times in just 19 appearances from midfield. The English midfielder has maintained his performance in the Dutch league as well.

Noni Madueke is 3rd among the U20s in all over Europe. Ajax striker Lassina Traore is in the first spot. Whereas, Borussia Dortmund striker Erling Braut Haaland is the second on the list.

Many big clubs are interested to sign the midfielder. His performance for PSV caught the eyes of many big clubs.