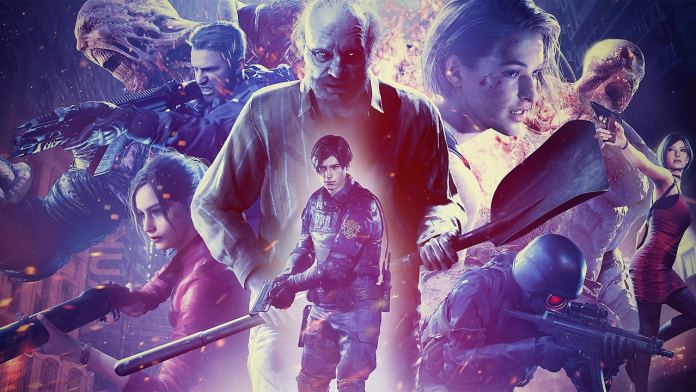 While showcasing the just-concluded Resident Evil, Capcom officially informed that Resident Evil Village will release with the standalone free multiplayer game Resident Evil Re:Verse. The concept of the game is quite simple. This is basically one standard multiplayer deathmatch and the focus is to deliver tons of characters in honor of the 25th anniversary of the Resident Evil Franchise.

You can watch the trailer of Resident Evil Re:Verse, below.

The Resident Evil Re:Verse features comic-style visuals and the popular characters from the previous Resident Evil titles will fight against each other in four to six player deathmatch in the iconic locations of the game. Players can choose their favorite roster from the game and each of them has unique skillsets.

Resident Evil Re:Verse offers you a four to six-person deathmatch where you can prove your skills with guns and different skillsets. Choose the renowned beloved characters from the previous Resident Evil titles. The winner will be the one, who has the most points in the 5-minute deathmatch.

Whenever a character is taken out, the body converts into a bioweapon and then you can use the weapon against other players. Collect as many Virus Capsules as possible and upgrade your bioweapons. Also, if you take revenge with a bioweapon you will be given more points.

Resident Evil Re:Verse is going to launch on 17th May alongside Resident Evil Village for Xbox One, PS4, and PC. You can also play the game on PlayStation 5 and Xbox Series X|S via backward compatibility.

Resident Evil 8 is in development according to a new leak