List of upcoming smartphone launches for December 2020 and January 2021 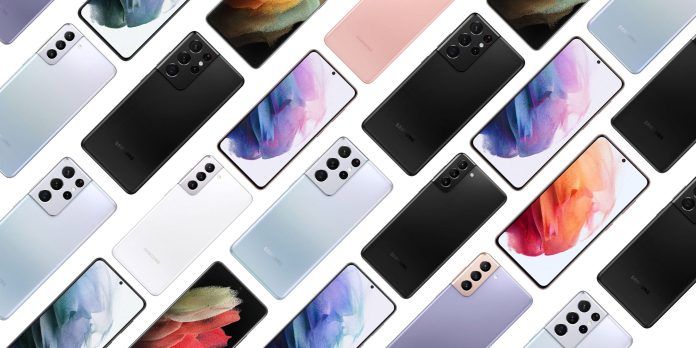 There is a big number of smartphones are about to launch in the end of 2020 and in the first month of 2021. Some of them are of a flagship lineup whereas some of them are typical mid-range ones. We’ve made list of upcoming smartphone launched for December (2020) and January 2021. Most of those are rumored and launch dates are not confirmed. But still, we’ve put them into that list. So, without wasting any time, let’s check them out.

The Vivo X60 series is said to have a Samsung-made Super AMOLED hole-punch display with a faster refresh rate of 120Hz. As mentioned earlier, this phone will be the first one to get powered by a 5nm Exynos 1080+ chipset. Talking about the Exynos 1080+ chipset, it holds a 1+3+4 core configuration. With an overall AnTuTu score of 693,600, this chipset easily beats the Qualcomm Snapdragon 865+ SoC.

Coming to the ports and buttons, we can see the power button and the volume rocker on the right side, and at the bottom, it has a microphone, USB-C port, speaker grille, and SIM card tray. As per the display, it looks like a curved one with a centered punch-hole upfront. So, we will be going to see curved displays in the smartphones of the Vivo X60 series. Moreover, we can see a ‘PROFESSIONAL PHOTOGRAPHY’ slogan and a secondary mic at the top of the unit being unboxed.

After the boot-up, we are able to see the UI of the device, which is greeted with the new OriginOS. So, this series will run the newest OriginOS, based on the latest Android 11 OS. That leaked unboxing video was too short that we were able to witness only this bit of it. However, regarding the specifications, those were tipped earlier, this device will feature an AMOLED display with a refresh rate of 120Hz and will be powered by the Exynos 1080 SoC.

According to some leaked news, the Xiaomi Mi 11 and Mi 11 Pro, both phones will sport a 6-inches QHD+AMOLED display. The display also features a 120Hz of refresh rate. The Xiaomi Mi 11 is also expected to have a curved display on all four sides. Both phones are expected to have an under-display fingerprint sensor. As per the confirmation from Xiaomi, the MI 11 series will be powered by the latest Qualcomm Snapdragon 888 chipset.

The Xiaomi Mi11 series smartphones are also rumored to have a triple rear camera setup on the backside. The Mi 11 will have 108 Megapixels of a primary snapper, a 13 MP ultra-wide shooter, and a 5MP telephoto snapper. Whereas the Mi 11 Pro variant is expected to come with a 50MP primary sensor that could be an output of 4:1 pixel binning and might be a 200MP sensor. This phone may also have a 48MP ultra-wide angle sensor and another 48MP telephoto shooter. Regarding the selfie camera, both the phones are expected to have a 20MP selfie shooter.

Recently, a few live images have been shared of this Redmi K40 smartphone, showing a few changes in the design of the upcoming series if we compare it to the Redmi K30. The Redmi K40 is likely to be powered by the Qualcomm Snapdragon 888 chipset. Regarding the display, this phone is about feature a centered hole-punch AMOLED display.

Coming to the camera section, like its predecessors, it will house a rectangular quad rear camera setup with curved corners. As per the ports and buttons, this phone has an audio jack at the bottom along with a USB-C port on the left and a speaker grill on the right side.

4. Xiaomi MI 10i on December/January (Rumored):

It is expected that the company is going to relaunch the Redmi Note 9 Pro 5G as the Mi 10i in India. This phone also has the same camera module as the upcoming Mi 10i, along with two 2 Megapixels of Macro camera and depth sensor. But the company hasn’t revealed anything about this topic, much like the Redmi Note 9 Pro, it should feature a 16MP selfie snapper at the front.

In terms of the battery, the Redmi Note 9 Pro is fueled up by a decent 4,820mAH battery with the support of 33W fast charging. According to some reports, the upcoming Mi 10i will come with two storage variants- 6GB+128GB and 8GB+128GB, and there will be three color options for this phone- Black, Blue, and Orange-Green.

Redmi has launched the Redmi 9 5G smartphone in China a few days ago. A recent report has come out that Redmi is about to rebrand that smartphone which was launched in China and after rebranding, it will get launched in India in the name of Redmi Note 9T 5G. As of now, the company has not confirmed anything whether the Note 9T 5G will feature identical specs with the Redmi Note 9 5G.

If we pick the Redmi Note 9 5G as the base, the upcoming Redmi 9T 5G will run on the Android 10 OS and will be powered by the MediaTek Dimensity 800U chipset. This phone is likely to have a 6.53-inch IPS LCD display. The SoC of this phone will be paired with 6GB/8GB of RAM and 128GB/256GB internal storage. Coming to the camera section, this phone will feature a triple rear camera setup of 48MP + 8MP + 2MP. For selfies, this phone will have a 13MP selfie snapper at the front. Regarding the battery, this phone will be fueled up by a massive 5,000mAH battery with the support of 18W of fast charging.

This phone will run One UI 3.1, based on the Android 11 OS, and it will be powered by an octa-core Qualcomm Snapdragon 888 chipset or the Exynos 2100 chipset (not confirmed yet). Both the chipsets support 5G connectivity. Regarding the display, this phone will offer a 6.2-inch FHD+ LTPS display with a refresh rate of 120Hz. Apart from it, another leak has come out recently regarding the pricing of this device, showing that the 128GB variant of this Galaxy S21 smartphone will carry a price tag something around 849 euros to 879 euros.

Coming to the camera section, the Galaxy S21 will feature a triple rear camera setup which includes a 12MP primary sensor, a 12MP ultra-wide angle sensor, and a 64MP telephoto sensor. In terms of battery, this phone is about to be fueled up by a decent 4,000mAH battery. Regarding the connectivity, this phone will support 5G, Wi-Fi 6, Bluetooth 5.1, and so on. This phone will come in four different color variants: Phantom Violet, Phantom Pink, Phantom Gray, and Phantom White. It will feature a plastic rear panel. The S21 series may get launched on 14th January 2021.

A few days ago, a piece of news got leaked from a tipster regarding the upcoming Realme 8 series and Realme Narzo 30 Series. That tipster had tweeted that both the series may get launched in January 2021. As of now, we’ve got no information regarding the specs of the smartphones of this Realme 8 or the Narzo 30 lineup. It will be interesting to see whether the Realme 8 series will be powered by the latest Qualcomm Snapdragon 888 5G chipset.

The upcoming Honor V40 is expected to launch next month. According to the source, this upcoming Honor phone has a codename of ‘YORK’ and the model number of this phone is ‘YOK-AN10’.

This upcoming phone is going to be the successor of the previously launched Honor V30, which was powered by a Kirin 990 5G chipset. According to the 3C certification, the upcoming Honor V40 has two versions. One of the phones is expected to have a Kirin chipset, whereas the other one may have a MediaTek chipset, it will likely have MediaTek Dimensity 1000+ SoC under the hood.

The display of this upcoming phone may feature a 120Hz refresh rate. It is also expected to have four or fine rear cameras on the backside with 50 Megapixels of the primary lens. The phone may get 66W charging support.