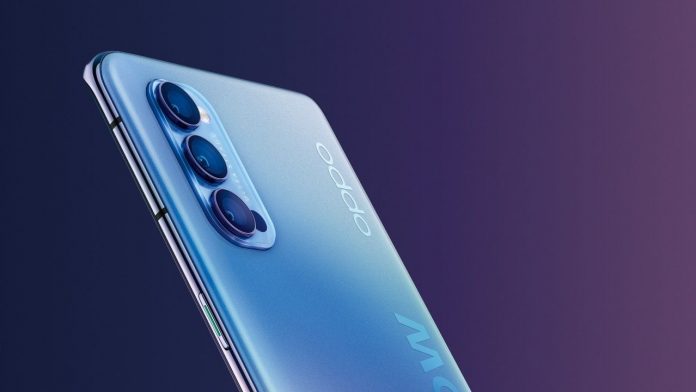 Oppo is going to launch its Reno5 5G series in the upcoming days. As per the reports, there will be three models in this Reno5 5G series of Oppo. Two of them are confirmed, vanilla Reno5 5G and a Pro variant of the Reno5 5G. But the main highlight is something else. The three smartphones of this series will be powered by three different chipsets. Let’s talk in brief about this.

As per a recent report, it is confirmed that two smartphones of the series will get powered by an octa-core Qualcomm Snapdragon 865 or 765G chipset whereas the Pro variant of Reno5 5G will be powered by the MediaTek Dimensity 1000 chipset. So, apart from the Pro version we have to look out that what model will get which chipset. All three models are about to run on the latest Android 11 OS.

The Reno5 5G has already been spotted on the TENAA certification website, by which we’ve come to know that this phone will feature a 6.43-inch OLED punch-hole display. It is not confirmed yet whether these models will support any higher refresh rate (like 90Hz or 120Hz). Regarding the camera, the Reno5 5G is about to feature a quad rear camera setup which includes a 64MP primary sensor, an 8 MP ultra-wide sensor, and two 2MP sensors. The Reno5 Pro 5G will pack a curved panel.

In terms of the battery, the Reno5 5G is expected to be fueled up by a 4,300mAh battery with fast charging of 65W. As of now, the launch of this series has nor confirmed by Oppo. But, most probably the Reno5 5G series will get launched between December and January this year in China.