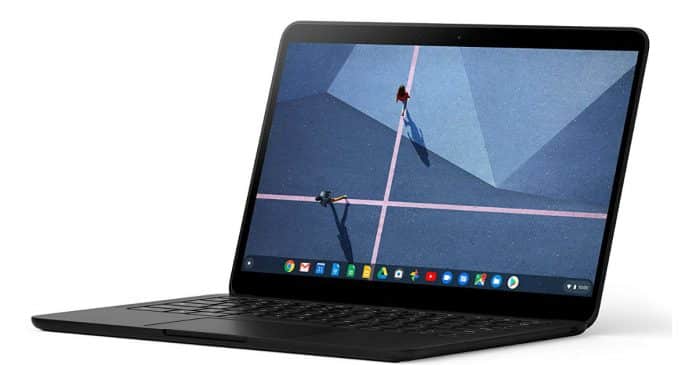 The pandemic induced lockdown has forced many professions to move online and has increased their dependency on technology. The most noticeable impact was seen in education, and it resulted in both teachers and students adopting notebooks and Chromebooks for online teaching.

With the increase in demand for Chromebooks, most prominent players in the market are rushing to increase their profits. Recently, a new Chromebook by Google has made its appearance on Google Play Console. The last Chromebook model to be released by Google was the Pixelbook Go, powered by Intel. But the new Chromebook will be powered by AMD.

According to sources, the new device will be powered by the AMD Ryzen 3 3250C. It is a dual-core processor that comes with four threads. It has a peak clock speed of 3.5 GHz. It will also feature a Radeon RX Vega 3 GPU along with 4 GB of RAM and a 1,920 x 1,080-pixel display resolution. The display will have a pixel density of 160 PPI. But the show will only be 13.7-inch with a 16:9 aspect ratio.

Google has dubbed the new Chromebook as the Zork. Over the months, Zork has been benchmarked on Geekbench with different processors like the Ryzen 7 3700C, the Athlon Gold 3150C, and the Athlon Silver 3050C. There are rumours of 8GB and 16GB models of the device, but Google has not clarified whether it will release all the models.

Share
Facebook
Twitter
Pinterest
WhatsApp
Linkedin
Previous articleFIFA Mobile 21: All you need to know about the top players from 4 Seasons: Harvest Fest which will be live on 19th November
Next articleSpecial deal on Tablets on Amazon for a day