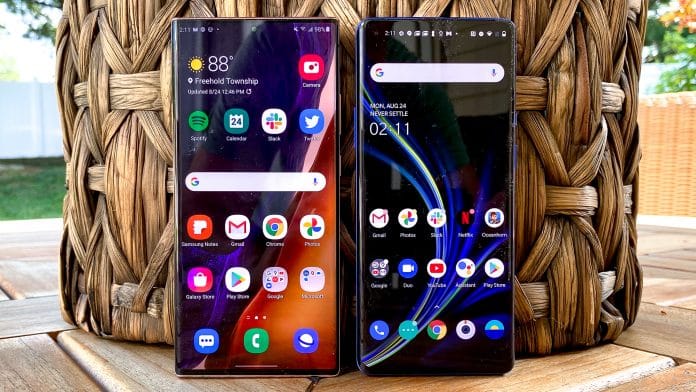 Some reports have come out regarding the future smartphones from 2021. Now it is said that there will be no Samsung Galaxy Note as well as the OnePlus 9 Ultra in 2021. Let’s talk about both the smartphone manufacturers one by one.

As per the availability, OnePlus 9 series is expected to be launched in March 2021. Let’s check out the model numbers of the two upcoming smartphones of the OnePlus 9 series:

Another similar type of news has come regarding the Samsung Galaxy Note. In 2021, Samsung is set to launch its S21 series, in which we’ll be going to get four devices: Galaxy S21, S21+, S21 FE, and S21 Ultra (expected four). On the other hand, in terms of Flip & Folds, Samsung is going to launch three devices: Z Fold 3, Z Flip 3, and Z Fold FE.

But unfortunately, we will miss the next Samsung Galaxy Note in 2021. Moreover, it is also rumored that Samsung is going to replace its Note series with the Z series. As of now, we have no information about this issue.