Spotify plans to acquire Megaphone with a $235 million deal 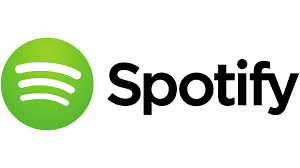 Spotify has been eyeing the podcast industry for a while now. With the Swedish media firms primary income being dependent on podcasts and advertisements, it is only natural to die its hands in this business. Spotify has made another significant podcasting acquisition recently. The company is buying podcast hosting company Megaphone for $235 million. The deal means that more shows will have access to Spotify’s proprietary ad insertion technology, called Streaming Ad Insertion.

The SAI functions like typical dynamic podcast ads, which are targeted based on a listener. But in Spotify’s, the ads are inserted in real-time instead of being swapped out ahead of a listen. With this system, Spotify makes real-time decisions about which ads a specific listener should hear based on their data. Also, ads are determined based on the goals of the various ad deals Spotify is currently running.

The new acquisition will allow all podcasts currently hosted on Megaphone to gain access to SAI. No other hosting services offer SAI, as Spotify does. Megaphone has over 5,500 shows hosted on its platform, and it includes shows from big publishers like Slate, iHeartMedia, Disney, and Vox Media.

With the acquisition of Megaphone, Spotify will own a fully rounded-out podcasting ecosystem. It will have a network of exclusive shows, a podcast player, podcast creation software, a hosting company, and its very own ad sales team.

The acquisition follows other big-name deals, including Gimlet Media for a reported $200 million, Parcast for $56 million, The Ringer for $196 million, Anchor for $140 million, and reportedly more than $100 million for the exclusive distribution and ad sales for The Joe Rogan Experience. Spotify is investing big in the podcast market and is building its dominance.