Shane Watson has announced his retirement from all forms of cricket 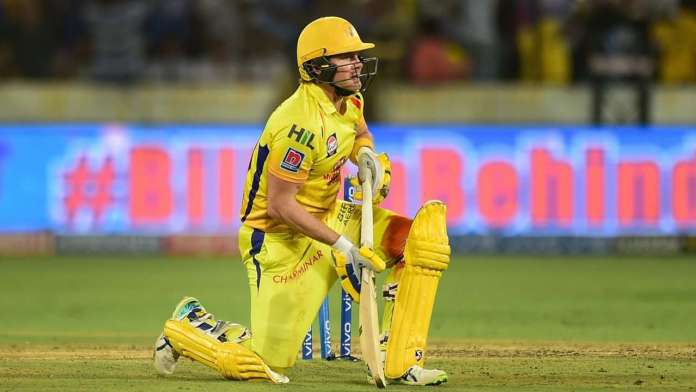 Australian all-rounder Shane Watson has decided to retire from all forms of cricket as per a report by the Times of India. Shane Watson has been playing for Chennai Super Kings in the IPL. As per the report, Watson has already told his teammates about his retirement once the IPL is over.

According to a source in Chennai Super King’s team, “Watson was very emotional when he broke the news to his teammates after the last game. He said that it was a great privilege for him to play for the franchise.”

Shane Watson has already retired from international cricket. He had a remarkable career as an Australian cricketer since 2016. He made his debut for Australia in 2002. In his 307 caps for Australia, he has scored 10950 runs with 291 wickets. He has also won ICC Cricket World Cup in 2007 and 2015.

It has been a tough season for CSK in this year’s IPL. But he has played some important knocks including an 83 not out against Kings XI Punjab. Some reports suggest that he may be part of CSK’s coaching staff next season.

Ishan Kishan's form was undoubtedly a very big factor in Mumbai Indians' success in the IPL 2020 season. But did you know that he...
Read more
Cricket

IPL 2020 will go down in the history as one of the best and memorable tournaments in its history. The tournament was so competitive...
Read more
Cricket

Microsoft has been taking a break with its launch of new Surface models. It's a well-known fact that the Windows maker is forward its...
Read more
Load more