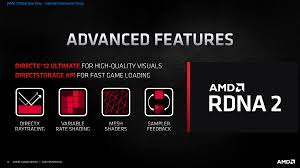 We already know that AMD is developing its very own ray-tracing feature to compete against Nvidia in 4K gaming. Several leaks have already placed the RX 6800 GPU above the Nvidia RTX 3070 in terms of performance. However, now a new leak has claimed to reveal the version of AMD’s new ray-tracing feature.

The leak was provided by @PJ_LAB_UH, which states that AMD’s Big Navi RX 6800 card performs remarkably well in terms of ray-tracing workloads. It is because it lacks the DLSS upscaling technology. According to sources, the Radeon RX 6800 managed to get 80 fps while running Shadow of Tomb Raider at 1440p resolution with ray-tracing enabled.

The performance of AMD’s Radeon RX 6800 is only 5 percent lower than the Nvidia GeForce RTX 3070. Nvidia’s 5 percent gain is because the DLSS technology uplifted it, and AMD’s card was not. Speculations are being made about how AMD’s Radeon RX 6800 managed to score such close numbers on RTX 3070. But one thing is for sure that AMD’s new Ray Accelerators are faster than expected and can soon outperform Nvidia’s ray-tracing technology by a significant margin.

The results indicate that AMD is winning the race in ray-tracing technology, but the company is yet to release any official data regarding the card’s performance. However, if the leaks are real, the new technology can upscale Radeon RX 6800 XT and Radeon RX 6900 XT by leagues.

The technology can very well give Nvidia’s ampere cores a run for their money and enable Radeon gamers to utilize the effect of ray-tracing in their 4K resolutions. All the while using cards like the RX 6900 XT, which puts severe pressure on the system’s performance.

However, AMD is working to make its own DirectML-based DLSS alternative and soon launch it in the market. It looks like AMD is gearing up to tackle Nvidia in 4K gaming technology.