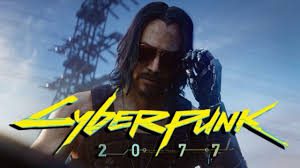 Cyberpunk 2077 is one of the most anticipated video games of all time. The game’s trailer was announced at E3 last year, and it was done by none other than the breath-taking Keanu Reeves.

While the team behind Cyberpunk 2077 is the same folks who delivered us the massively famous Witcher 3: Wild Hunt, expectations are high with Cyberpunk 2077 because its open world and gaming structure is said to be even bigger and better than that of the Witcher 3’s.

However, the game has been delayed several times, and now yet again. CD Project Red has announced that the game will be delayed even more. The game is set to launch on December 10th and will be available across nine platforms.

Following the delay news, the game developers have received death threats from some folks who are apparently “dying” without the game. Andrej Zawadzki, the senior game designer at CDPR, twitted at urged the fans to keep some human decency.

“I want to address one thing in regards to the @CyberpunkGame delay. I understand you’re feeling angry, disappointed, and want to voice your opinion about it. However, sending death threats to the developers is absolutely unacceptable and just wrong. We are people, just like you,” Zawadzki wrote on Twitter Tuesday evening.

Cyberpunk 2077 started as a game for PC but will also be made available on Google Stadia and seven other console platforms, including the PS4 / PS4 Pro, PS5, Xbox One / X, and Xbox Series X / S.

It is not something new for the gaming industry to make its developers work overtime. Reports have indicated that the folks at CDPR have been working mandatory overtime, which is also known as a crunch in the gaming industry. The developers are breaking their backs to complete the game on time and make it available across platforms. Some of its developers are clocking 100-hours per week to work on patches for the game.

But nothing justifies with developers and their families receiving death threats by the fans of the game they are writing. It’s easy to claim oneself as a fan of plays, but at the same time, the developers that help create those games must be respected. Fans threatening the developers for not releasing the game on time is merely inhumane and ridiculous.

One must understand that the developers clock nearly 16 to 18 hours per day to deliver those games and do it for over the years. The gaming industry is much darker and gruesome than the games they provide, crunch is a reality, and game developers are humans working like farm animals.