Pixel 4a 5G to unveil in India on October 9: officials 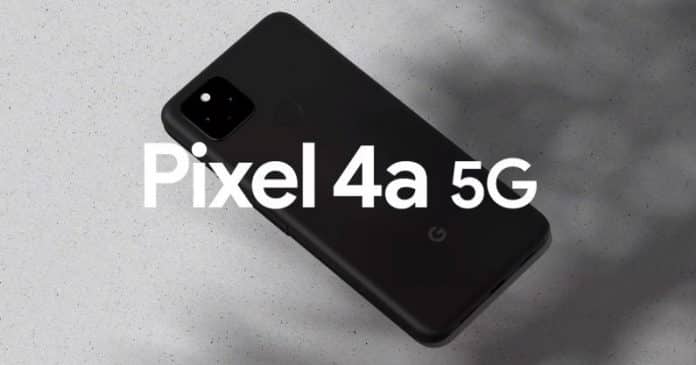 A couple of days ago, Google unwrapped its latest budget smartphone, dubbed as Google Pixel 4A 5G. The company has fixed the price of that device at $499. This phone a variant of the budget phone it released back in August that supports 5G networks during its “Launch Night In” fall hardware event.

Recently, another official news has come from the company that they will unveil the Google Pixel 4a 5G in India on October 9 this year. Google has not given any information on whether they will launch it in India or not. We will get to know further on October 9.

If we consider India’s smartphone market, then Pixel 4a will bring a huge impact on it. As it is a 5G smartphone, and it is expected that Google will set a mid-range budget for it in India, this smartphone will seek more buyers’ attention. Google Pixel 4a 5G and OnePlus Nord will be great competitors in the upcoming days in India. We hope that Google will launch this 5G mid-range smartphone in India very soon. Now let’s check out what are the specifications the Google Pixel 4A 5G offers to its users.

The Google Pixel 4a runs on the latest Android 11 OS and is powered by the octa-core Qualcomm Snapdragon 730G SoC chipset. The chipset is the same as the newly announced Google Pixel 5. Coming to the display, this phone offers a 6.2-inch (2340 x 1080) OLED panel in a 19.5:9 aspect ratio protected by a Corning Gorilla Glass 3, which features a hole-punch selfie camera. This phone features a larger screen over the standard 4A’s 5.8-inch display.

The Snapdragon 730G SoC is paired with 6GB of RAM and 128GB of internal storage that can also be expanded externally via a micro-SD card. This phone features a rear-mounted fingerprint scanner. This version doesn’t have wireless charging or water resistance facilities.

Coming to the battery, this phone is fueled by a 3140mAh battery with the support of 18W fast charging. This phone has every other connectivity options like Wi-Fi, Bluetooth 5.0, GPS, USB Type C, stereo speakers, and so on. Most importantly its phone supports 5G connectivity.

Now coming to the most interesting part of any Pixel smartphone, which is the camera. The Google Pixel 4a features a dual rear camera setup which includes 12MP+8MP sensors. An 8MP front camera is housed in the punch-hole cut on the display.

Regarding the price and availability, Google Pixel 4A 5G will be available first in eight countries (Australia, Canada, France, Germany, Ireland, Taiwan, United Kingdom, United States) in November. In contrast, it will launch in Japan on October 15th at a price tag of $499.