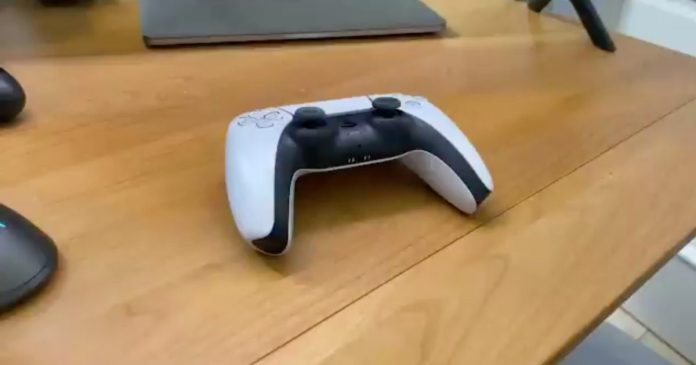 PS5, the much anticipated next-gen console will finally be released in November. With Sony already accepting pre-orders of the console a new leak has made its way in our hands.

Apparently, PS5 will have a new DualSense controller which is a first from the company. The leaked images of the console are courtesy of a Brazilian custom controller company called Evzen Elite, based in the southern state of Santa Catarina. The firm shared images of the new PlayStation 5 accessory.

The look and feel of the new controller feel surprisingly cheap and is estimated to be the only US $69.99. this brings about concerns that the company might have cut back on some hardware cost of the device. the triggers to look a lot flimsy.

The fine detail shown on the DualSense is certainly a treat. The textured PlayStation symbols decorating the grips on the side and on the back.

Sony’s last-gen Controller, DualShock 4, didn’t diverge much from its predecessors in terms of design. But the DualShock design just hasn’t changed that much since its first release in 1997.

But Sony improved the controller functionalities with its DualShock 4. Its L2 and R2 buttons are more accessible and “trigger-like”. The controller came with a Share button optimized for the social media age. It included a touchpad that is sometimes handy but is mostly used as a way to more easily access in-game menus.

But the new controller brings some new features like adaptive triggers, advanced haptic feedback, and also a built-in microphone. It has a new color scheme and the long-awaited addition of a USB-C port.

Full details of the accessory will be made public by Sony’s rumored PS5 console teardown by Yasuhiro Ootori, the company’s Engineering Director, in November.

Sony has been long relying on the advantages of having a standard controller design. Its controllers have always been comfortable and instantly recognizable over the years. The company finally offering something different is a seriously big deal.