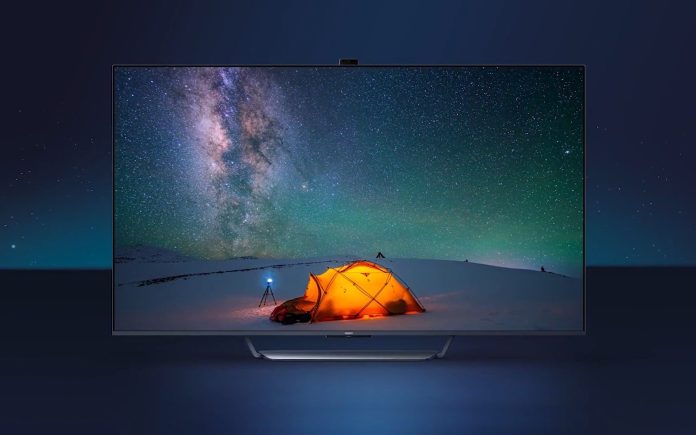 Last week Chinese electronics giant Oppo confirmed its arrival in the Television segment and also that the first Oppo branded TV will be launching in October and now the company shared a first look at the front of the TV in a teaser video shared on social media platform Weibo.

The video which was shared by the Vivo was originally recorded in 8K but it was remastered into 4K 120fps so that it could be played on the upcoming Oppo TV which points that the Oppo TV will be sporting a 4K panel with a refresh rate of 120fps.

Further, the video shows that there will be very minimal bezels with a little thicker larger bottom chin donning OPPO branding and there’s a popup camera just like Honor and Huawei TVs.

Popular Weibo leakster Digital Chat Station claims that the Oppo TV will be available in two display sizes of 55-inch and 65-inch and the panel will be a 4K one featuring Quantum Dot technology. It also claims that the sound will be tuned by a famous Danish audio brand and Digital Chat Station might be referring to Bang&Olufsen as Oppo and B&O has already collaborated on a headphone previously so chances are high that this Danish audio brand is B&O.

Also, a leaked 3C certification suggests that there will be two models of Oppo TV with ten model numbers in each variant, and two remote controls with model number RC-001D and BRC-004A were also spotted on the Bluetooth SIG database.

Apart from this much is not known about the upcoming OPPO TVs but we know that these TVs are being manufactured TPV Display Technology (Xiamen) Co. Ltd from the leaked 3C listing. Well, Xiamen is an Original Design Manufacturer for several brands and is known for handling the manufacturing business for Envision, AoC, and TV business of Philips.