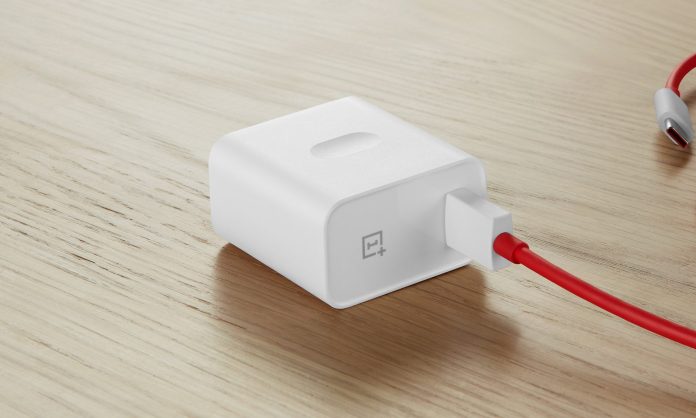 OnePlus 8T is just around the corner for the official unveiling and it supposed to get some major upgrades and one of them is the support for 65W charging which is dubbed as Warp Charging 65 which has been also been doing the rounds of the internet before OnePlus even made an official announcement.

The teaser advertisement shared by the OnePlus teases that the upcoming OnePlus 8T will be getting the “Ultra Fast” charging speeds which are even going to be faster than the current Warp Charge 30T and the next charging speed which is available in the market especially used by other smartphone manufacturers is 65W charger so it will be smart to guess that it’s going to have support for 65W charging.

Now according to some of the recent reports, it is quite confirmed that OnePlus is going to introduce its 65W warp charging with the upcoming OnePlus 8T. From the leaked image, we can also see what kind of charger it is gonna be. For the adapter, a USB-C port will be used. This charger supports up to 45W USB Power delivery and also compatible with Warp Charge 30T (30W) & Dash Charge (20W).

If we look into history, Oneplus is the first company that introduced the USB Type C interface. After that, this technology became famous and every other smartphone manufacturer is now using it. USB-C is very good for charging as it is safe and easy to use. It makes the charging environment convenient. It takes a higher price, but you definitely have to pay a little more to get something really good.

OnePlus also gave us a little sneak peek of the upcoming Warp Charge 65 in the latest forum post and according to the forum post the upcoming charging technology will be able to give a day’s power in 15 minutes and it will be capable of charging OnePlus 8T’s 4500mAH battery completely in 39 minutes and it can charge half the battery in 15 minutes.

Another big highlight of the upcoming OnePlus 8T will be a 120Hz display which has been officially confirmed by the OnePlus be CEO Pete Lau on the microblogging platform Twitter and he even said that he’s using the phone from the last few months.