Predicting the most improved ratings in FIFA 21 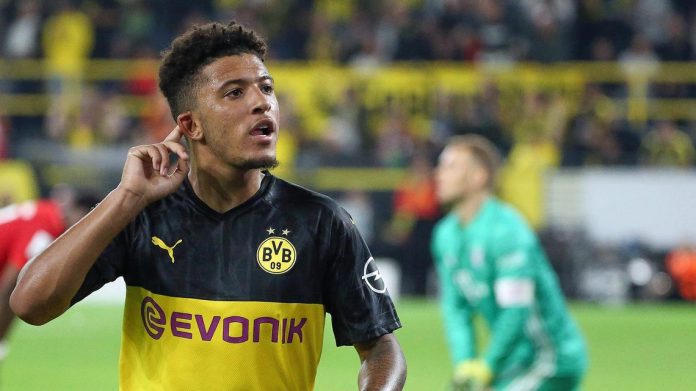 FIFA 21 hits shelves in just over a month, globally. In an attempt to build up to the release of the latest title in the franchise, we predict 10 of the most improved ratings in the game.

In no particular order, they are:

Sancho has shown once again that he is one of the brightest youngsters in all of Europe racking up double digits in goals and assists. A well-deserved upgrade to his FIFA rating for fans to enjoy.

The 19/20 campaign has been the breakthrough season for the Manchester United Academy product. Fans would certainly want EA to give him a 5-star weak foot for his unbelievable talent.

Another United Academy graduate, the youngster has done well to replace first-team left-back Luke Shaw and has a bright future. At 11 points, one of the highest upgrades on this list.

The Canadian wonderkid won the UCL at 19. Something that not many can say they did. Davies is going to be one of the fastest players in the game, and will definitely have a massive potential.

Saka has been part of Mikel Arteta’s new Arsenal, and the upgrade is going to please a lot of Arsenal fans. Expect Arsenal’s new no. 7 to start a lot of games this season as well.

He’s arguably the best right back in the world right now, and he has his sights set on captaining Liverpool as well as the England national team. TAA is going to be one of the most sought after players in the game without a doubt, and the jump in the rating shall seal that deal.

The Turkish international has done a fantastic job of replacing Harry Maguire at the back. He is one of the main reasons why Leicester have been so good this year and EA should finally upgrade his rating to reflect on his real-life performances.

The Rennes midfielder has all the tools to one day become the best midfielder in the world. A boost in the base rating and huge potential is the recipe for being a must buy in career mode.

Marcus Thuram has been a revelation for Gladbach this season. The youngster has a huge potential and will be a star in the years to come. An upgrade to his rating will definitely make him a fan favourite in career mode.

He scored a hat trick on his debut in one of the big five leagues and managed to be consistent throughout the second half of Dortmund’s season. Haaland is going to be the most in-demand striker in Fifa next season, ahead of many established names.

Top 5 players with the most take-on completed this season

Most expensive XI in the world in 2021

Inter Milan 0-1 Real Madrid; Rodrygo scores late to get all 3 points in UCL