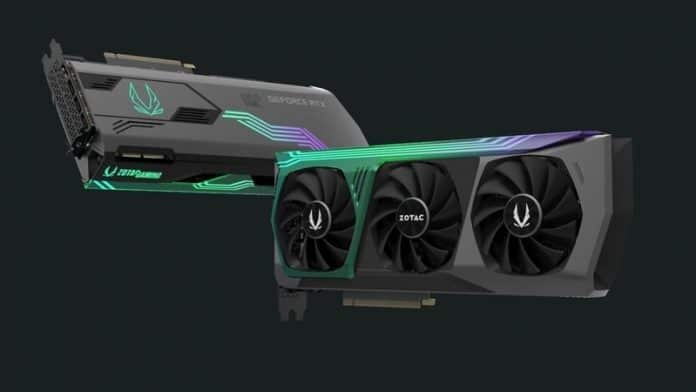 When we were quite certain that the RTX 3090 is real and is coming in September, the image of a total OEM GPU has been leaked recently. The ZOTAC GAMING GeForce RTX 3090 Trinity Holo GPU has been pictured and it looks sick! It is a triple-fan GPU with RGB all over it and it has a green and blue combo that makes them look even better.

NVIDIA is just days apart to unveil the GeForce RTX 30 series GPUs and we already have seen the pictures of the reference RTX 3090 GPU, now its the first custom models of the well-known Chinese manufacturer. The name “Trinity Holo” is itself a cool one though, quite mysterious.