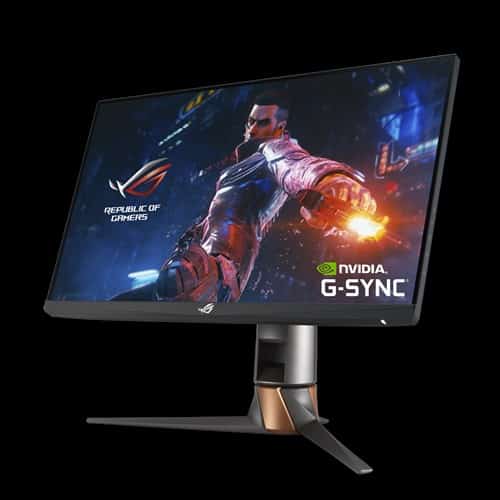 Having launched a 360Hz refresh rate monitor earlier in CES, Asus is bringing another such monitor but with a 24.5-inch display. The Taiwan giant is again collaborating with NVIDIA to bring both G-Sync and 360Hz refresh rate to action.

With 360 Hz refresh rate on a 24.5-inch display, Asus is targeting professional esports gamers who need extra frame rates although achieving such high numbers is hard in all titles, but only eSports games can still go up to 360fps.

The monitor also has a high 1,000:1 contrast ratio with about 400 cd/m² (nits) of peak brightness. On top of that, the PG259QN also gives HDR10 support to view HDR content or games.

Asus even claims to have an intelligent cooling system featuring a custom heatsink that provides more surface area for heat exchange, helpful during prolonged gaming sessions.

The ROG Swift 360 PG259QN features ambient lighting powered by ASUS Aura Sync, and it can be synchronized with other Aura-enabled components and peripherals. Both the ASUS Ultra-Low Blue Light technology and Flicker-Free technology are great additions to this gaming monitor.

The PG259QN comes with two basic display ports: an HDMI 2.0 port and a DisplayPort 1.4 port and there’s a 3.5 mm jack as well for connecting both headphones and speakers. Additionally, there are two USB 3.0 ports as well.

Asus has not yet announced the pricing or availability for the ROG Swift 360 PG259QN. However, do note that the announcement comes just before the launch of new NVIDIA Ampere GPUs, so this monitor can get mentioned during launch as well.