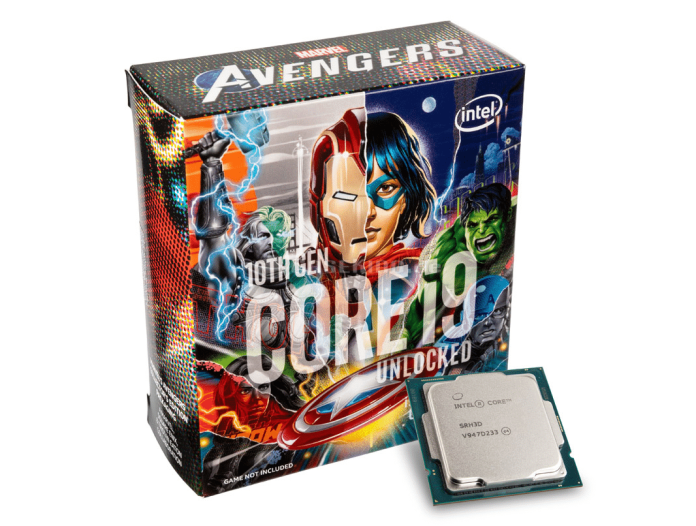 Although with these CPUs you get both the Marvel’s Avengers game and some extra benefits that you can know more from here. As the launch of the game nears, Intel’s these CPUs also make its way into the market, and this move from Intel makes sense as its already Square Enix’s official PC hardware partner for Marvel’s Avengers.

This is a clear marketing strategy for Intel which can help to revive its sales to some extent though, so currently, there are two CPUs available from the wide range including Core i5-10600KA, i7-10700KA, i9-10850KA, and i9-10900KA. Here are the two of them:

If you do end up getting one for yourself then you can actually showcase the cool box with the CPU and use the processor to play the free copy of the Marvel’s Avengers game that you get with it.

The blue team's 10th Gen Comet Lake-H CPUs is finding its way in many of the new gaming laptops and helping to...
Read more
Load more