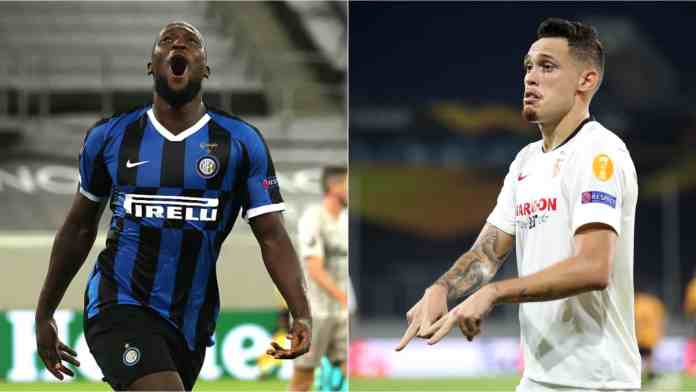 Inter Milan will face Sevilla in the UEFA Europa League final tonight in Germany. This is the first-ever European meeting between Inter Milan and Sevilla.

Inter will be playing their first-ever European final since their treble-winning season in 2010. This will be their 10th European Final, which is third-best for an Italian side (after Juventus and AC Milan). They are ready to win the title with the deadly attacking duo of Romelu Lukaku and Lautaro Martinez.

Inter manager Antonio Conte is fully focused on the final. He said: “I don’t use the word fear, I don’t want my players to have it in their lockers either. We have a lot of respect for Sevilla because we really rate their experience and history in this competition.”

“We have to give everything. We have less (Europa League) experience than them, and this gives them an advantage. The important thing is to be mentally free. There is only one way to write the history of a club: to win.”

Sevilla is also in good form in this competition. They had beaten Manchester United and Wolves in the previous two rounds. Sevilla manager Julien Lopetegui is showing all the respect to Inter but completely determined to maintain the club’s legacy in this competition.

Lopetegui said in the press conference: “We know all about the potential Inter have and the difficulties that lie in store for us,” .

“We’ll try to maximise our strengths and also be willing to dig in when the going gets tough. We have a solid, united team. We are able to read the game well.”

“This is a match that we have been striving for all season long and our aim is to go into the match fit and firing. We hope that the players can really enjoy and savor the match.”

Sevilla has lifted the trophy in each of their five finals in UEFA Europa League history, which is a record no of Europa League titles won. Meanwhile, Inter Milan has won every game in this competition this season.

It seems we are going to witness a perfect final! Who do you think is going to win tonight?

AS Roma is preparing a new bid to sign Manchester United defender Chris Smalling. The deal is expected to be more than...
Read more
Football

Building on the signing of star defender Sandesh Jhingan, ATK Mohun Bagan have officially unveiled Glan Martins as one of their own.
Read more

A fantasy gaming app that was started merely over a year ago in the ever-growing world of fantasy sport, Playing11 has created...
Read more