Sevilla vs Manchester United: Lineup and how to watch the Europa League semi-final match live in India? 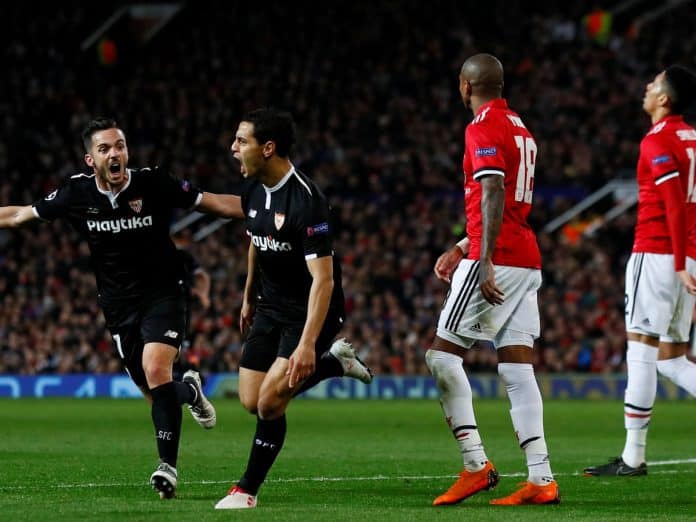 Manchester United has found their old selves back. Ole Gunnar Solskajer has been able to lead the team in the right direction. The signing of Bruno Fernandes has turned out to be the missing part of United’s puzzle.

United wants to end their season with the Europa League trophy. But Sevilla is a hard opponent to beat. Julen Lopetegui’s team finished 4th in LaLiga and will be competing in Champions League next season like United who finished 3rd in the Premier League.

Sevilla has won the most number of Europa League, 5 times till date. So United will have to be on their toes to progress to the finals.

When is the Sevilla vs Manchester United Europa League match?

The Europa League match between Sevilla and Manchester United will be played on 16th August, 2020.

The match will be played at RheinEnergieStadion, Koln, Germany.

Sony Sports is the exclusive media broadcasting partner of the UEFA Europa League in the Indian sub-continent. You can watch the match live in India on Sony Ten channels.

You can watch the live streaming of the Sevilla vs Manchester United match in India on Sony Liv.