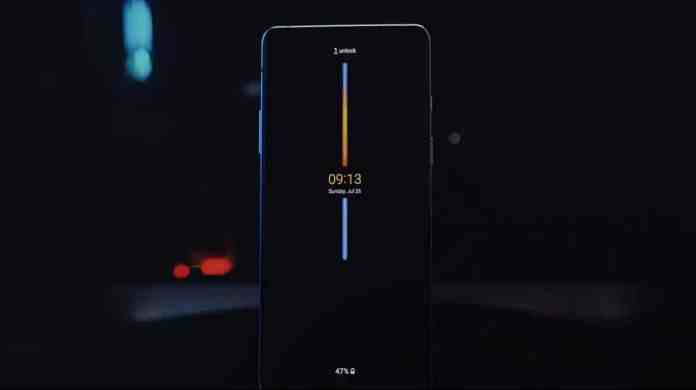 Previously Pete Lau, OnePlus CEO, has revealed that the company is coming with a AOD feature or the Always On Feature on its OnePlus devices. The feature is developed as a part of its new OxygenOS 11 feature. The update will be rolled out soon and there are some brilliant concept with this AOD design.

OnePlus has partnered with Parsons School of Design, as you can see in the video to make all the designs and putting all the elements and managing then for a final animation that will be displayed while the phone sleeps. The video is shared by Sparrows News in their YouTube channel where the design team has described the making of the AOD.

The AOD design if dubbed as  “Time” and it also has a meaning. The phone will show a line in the AOD which will take a shift with the day. It will leave a marking every time you use the phone and will show it in the line. So, at the end of the day, you can have a look at what time you have used the phone. This shows the timeline of the activity during the whole day.

The UI with Oxygen OS 11 will be enhanced and there will be a advanced dark mode setting with this update. The dark mode will be applied in layers for various screens and different apps, as said by Dutch design student Leandroo Li Anzhu, who is working alongside OnePlus Lab team to achieve the final output.

It is still not clear if OnePlus is going to apply this feature via update in their new or upcoming phones or all other older phones including new ones also.

Get your OnePlus Nord at Rs.24,999, sale starting today

OnePlus Nord, the cheapest 5G smartphone in the India market at this time is coming on sale today (21st September). I know,...
Read more
Load more