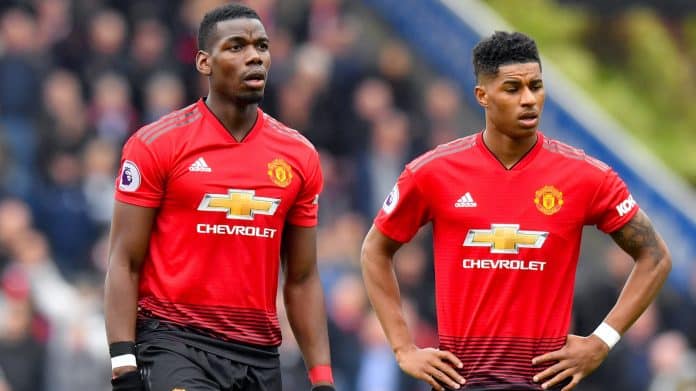 The whole of the United States is protesting right now for the death of George Floyd. The 46-year-old African American man died on 25th May in Minneapolis. The video went viral in which a police officer was kneeling down on his neck as he pleaded several times ‘I can’t breathe’. After a few minutes, he fell unconscious. He died due to asphyxia (lack of oxygen).

Footballers around the globe have shown their support for George Floyd. Manchester United stars Marcus Rashford and Paul Pogba has taken to Instagram to say their views in this matter and support the #BlackLivesMatter movement.

Rashford wrote on his Instagram account: “I know you guys haven’t heard from me in a few days. I’ve been trying to process what is going on in the world. At a time I’ve been asking people to come together, work together and be united, we appear to me more divided than ever. People are hurting and people need answers.
Black lives matter.
Black culture matters.
Black communities matter.
We matter.
#justiceforgeorgefloyd
#justiceforahmaudarbery
#justiceforbreonnataylor”

World Cup winner Paul Pogba has also raised his voice against this issue of racially-driven police brutality on Instagram.

Pogba wrote: “During the past few days I have thought a lot about how to express my feelings about what happened in Minneapolis.
I felt anger, pity, hatred, indignation, pain, sadness.
Sadness for George and for all black people who suffer from racism EVERY DAY!
Whether in football, at work, at school, ANYWHERE!
This has to stop, once and for all! Not tomorrow or the next day, it has to end TODAY!

Violent acts of racism can no longer be tolerated.
I can’t tolerate
I won’t tolerate
WE WON’T TOLERATE

Racism is ignorance
LOVE is intelligence

The whole world has come out in protest of #BlackLivesMatter. This movement has come to the forefront once again after such a tragic and brutal killing of George Floyd.