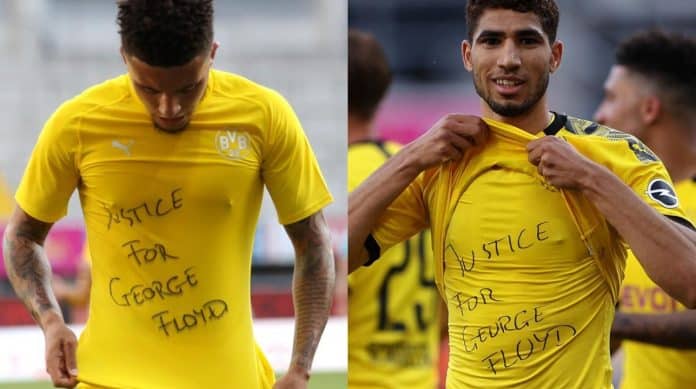 George Floyd, a 46-year-old African American man has died in Minneapolis on 25th May. It has been evident in the various video footage of the incident which has become viral that one of the police officers pressed his knee at the back of the neck of Floyd as he laid upside down for several minutes before he fell unconscious and was later declared dead on arrival at a nearby hospital.

This incident of George Floyd dying in police custody has caused outrage in the United States. A peacetime emergency has been declared in the state of Minnesota and the National Guard has been activated as well. The protest has not only been limited to Minnesota, as there are protests in California, New York, Ohio and Colorado as well.

#BlackLivesMatter movement has once again come to the forefront to protest against the racially-driven police brutality done to the African American minority.

Footballers around the globe aren’t far behind as well. Many of them have shown their support for #BlackLivesMatter movement after the brutal killing of George Floyd.

Borussia Dortmund star Jadon Sancho and Achraf Hakimi have shown their support by celebrating their goals wearing ‘Justice for George Floyd’ t-shirts in the weekend.

NFL star Colin Kaepernick has posed like ‘taken a knee’ to protest against the killing of George Floyd by a police officer by pressing the knee behind the back of his neck.

The whole Liverpool squad have now posed ‘taken a knee’ in the training session. Each one of them has also tweeted the image with the caption ‘Unity is strength’. Manchester United’s Marcus Rashford has also shown his support.

Lewis Hamilton and LeBron James have also lent their support to this #BlackLivesMatter movement.