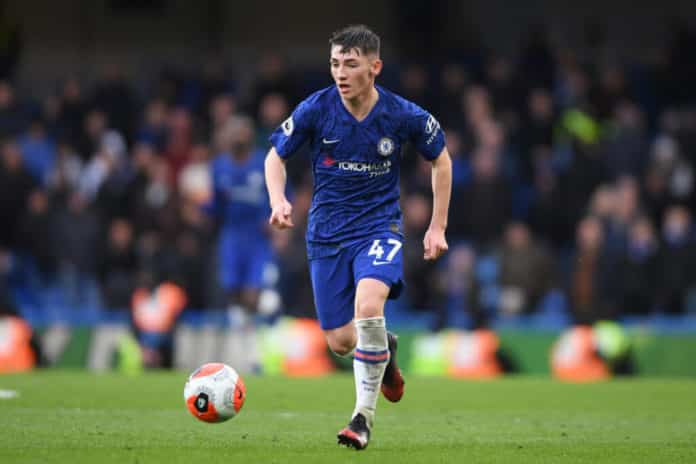 Frank Lampard has always preferred giving the teenagers a chance in his managerial career. Chelsea’s transfer ban has been a boon to them. Teenagers like Mount, Abraham, Hudson-Odoi, Gilmour have come to the forefront.

Billy Gilmour is just 18 years and in this tender age, he has caught the eye of the football world with his amazing display against Liverpool in their FA Cup final win. He has also impressed on his full Premier League debut against Everton.

He told Sky Sports: “When I was young, I used to watch Cristiano Ronaldo and Lionel Messi – everyone did. But when I started to analyse my game and think about who I would like to progress to be like, it was more like Andres Iniesta, Xavi, Cesc Fabregas – it was those players.”

“It was something about how they passed the ball, receiving the ball, everything was sharp. Sergio Busquets too; when you watch Barcelona and you watch Busquets individually, everything happens around him. Those are the kind of players I looked up to, getting on the ball and making things happen.”

Gilmour further added: “At the time [of moving to Chelsea from Rangers in 2017], I didn’t really know what was going to happen. But when I went down, saw everything and they had a plan, it was unbelievable. It was a dream. I always wanted to go and play in the Premier League to test myself and see what my limit is.”

“When I first came, I’d say I was more of an attacking midfielder, and then [assistant coach] Jody Morris turned me into a deeper player. To get on the ball and start play is best for me, but I am happy playing anywhere.”

Gilmour is also happy to have performed well against Liverpool, one of the best teams in Europe currently. He said: “There were parts that I felt were difficult, but when I got on the ball I felt good. I had players running off, so it was making it easy for me.”

“It was a great, great game so I was happy to play well. And then receiving the man of the match, it was amazing. I never thought of it, I just wanted to play the game well, not muck up anything, and play the game right. To get first-team experience against Liverpool, the best team in the world right now, felt good.”

Previous articleMartin Braithwaite trains three times harder and no one trains as much as him in the Barcelona squad
Next articleSergio Aguero opens up about Lionel Messi, Argentina, Champions League, Manchester City & more