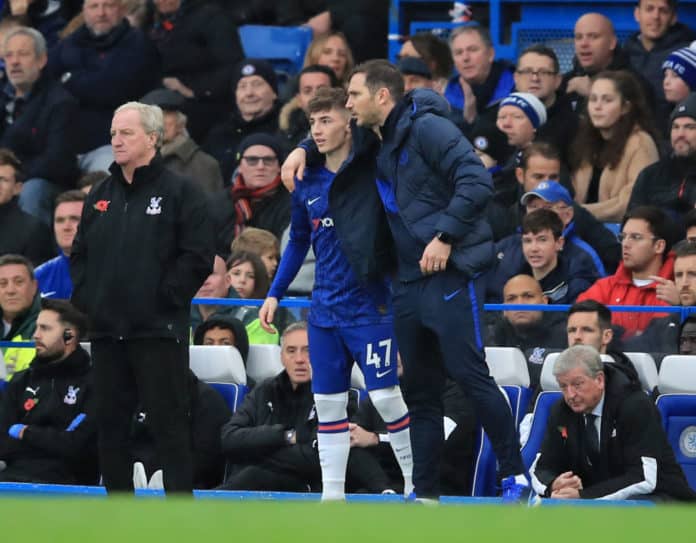 Roy Keane has praised Chelsea’s teenage sensation, Billy Gilmour. The Scottish teenager was brought into action by Lampard during the FA Cup victory over Liverpool in March. He impressed with his control and calmness over the ball.

He followed up that brilliant display with a Man-of-the-Match performance in the 4-0 hammering of Everton. His performance against Liverpool looked “world-class” according to Keane, who is a tough guy to impress.

Frank Lampard is also impressed with his teenage midfielder but was surprised with Keane’s praise for Gilmour. Lampard compared Gilmour with Manchester United legend Paul Scholes. Roy Keane was also a part of the legendary midfield at Old Trafford alongside Scholes.

Lampard told Sky Sports: “I had to put my cup of tea down to hear Roy say something nice! I’m only joking – Roy was a fantastic midfield player and he probably won’t give credit unless it’s due. It certainly was due.”

“I heard the statements he made about Billy and he was spot on, and Billy should be happy with that. If he goes and follows the ideas of midfield play that someone like Roy Keane says, he won’t go far wrong. There aren’t many days when you don’t see him show up and try to do the right things.”

“Paul Scholes was obviously one of the greatest midfield players I’ve ever played against in the Premier League. It was interesting to play against Scholesy: in the early parts of the career when he was a goal-getter, he’d play it around the corner and then would arrive in the box and have the ability and the feet and the nous to score the goals or make assists regularly, and then to see him change his career [was impressive].”

“The cut-throat part of the pitch is probably at the top end, where it becomes much tighter and quicker. In midfield, it can be easier because you have more time in those deeper areas. But if you’re a player that’s not top quality like Scholesy, more time can sometimes be a problem for you.”

“He would always pick the right pass, he had incredible range, and if you did try to jump from midfield to get close to him, he’d just play it round the corner because he’d know you were coming.”

“Billy has shown early signs of that sort of ability. I’m not comparing him to Scholesy – no way – but in terms of those basics, Billy certainly has them and that’s a great platform to build hopefully a fantastic career.”