Matthijs De Ligt reveals why he chose Juventus over Barcelona 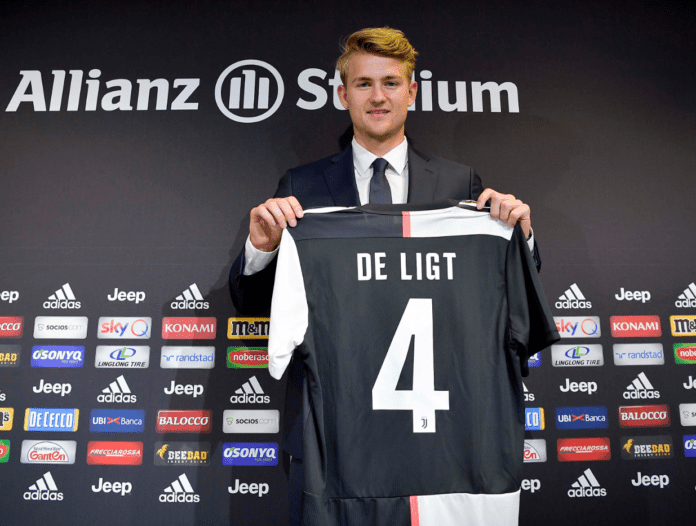 Matthijs De Ligt is one of the best young defenders of the game. Last season, he was the captain of the Ajax side who shocked the world by defeating Real Madrid and Juventus along their run to the semi-final of the Champions League.

All of Europe’s top clubs like Barcelona, Juventus, PSG all wanted the Netherlands international. But De Ligt chose Juventus over all the other clubs. He moved to Turin in 2019.

De Ligt told Ziggo Sport: “Last summer it was PSG, Juventus Barcelona who wanted me. I studied all options and eventually came to the conclusion I could grow faster at Juventus.”

“They have a particular style and I knew being here would make me a more complete player. I was proud that Cristiano Ronaldo told me to come to Juve, I’m glad I made that choice.”

De Ligt said: “I still talk a lot with Frenkie. It’s funny, two years ago we were playing for Jong Ajax and now I’m playing with Ronaldo and Frenkie is playing alongside Messi! That’s bizarre!”

The language barrier was a problem for him at first and it took him some time to adjust to Juventus. He said: “I remember we went to China in pre-season and at the dinner table everyone was speaking Italian. I was just staring in front of me and thought: ‘this is going to be a very long week’.”

“The people I have contact with now? Aaron Ramsey and Giorgio Chiellini, who both speak English.”

The Dutchman has slowly started finding his feet at Juventus. He can learn many things from the likes of Chiellini and Bonucci, one of the best defensive pairs of Europe. De Ligt has all the qualities to be a top defender and Juventus can provide him with the right platform to flourish.