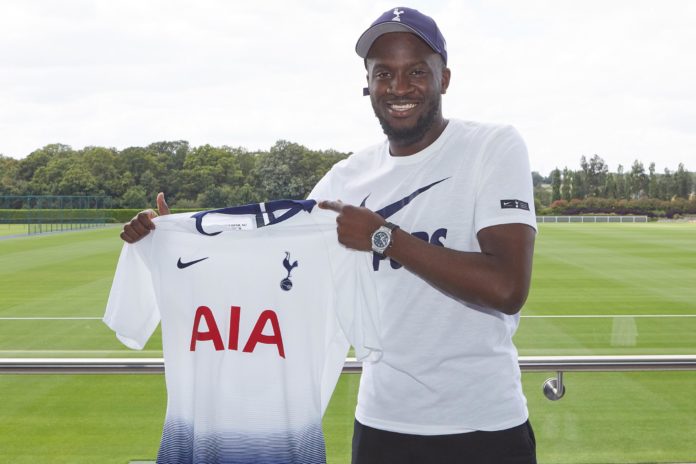 Tanguy Ndombele has completed his medical and signed a six-year contract with Tottenham Hotspur in a club-record deal.

Tottenham Hotspur have signed Lyon midfielder Tanguy Ndombele in a deal worth £62.8million (€70m), smashing their previous transfer record of £42m spent on Davinson Sanchez in 2017. This big-money move has made Ndombele Tottenham’s most expensive player.

The 22-year-old is a dynamic central midfielder who is expected to fill the gap left by Mousa Dembele after the Belgian moved to China in January. He is the first major addition to Mauricio Pochettino’s playing squad since Lucas Moura joined from Paris Saint-Germain in January 2018.

The France international becomes the Premier League club’s second addition of this transfer window following the capture of teenage winger Jack Clarke, who immediately returned to Leeds United on loan.

Ndombele, who has made six appearances for France, was Pochettino’s top target in a summer window which the Spurs manager believes to be crucial to the club’s future.

Pochettino said last week: “It is imperative that this year we strengthen the team. We saved a lot of money in almost two years without signing, and that should allow us to strengthen ourselves as well.” Tottenham announced earlier that they had made a world-record profit of £113m after tax in the 12 months to June 2018, thanks to player sales and hosting matches at Wembley.

Tottenham still remains interested in Fulham teenager Ryan Sessegnon, who is keen to work under Pochettino.