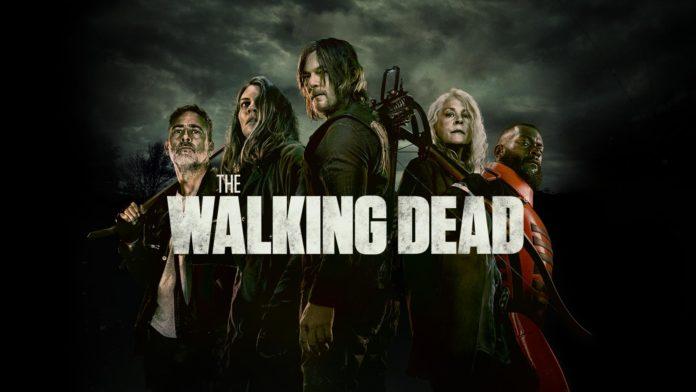 The ongoing pandemic has hit the production houses hard with the costs of filming rising up each day. A lot of networks and OTT platforms have decided to cancel and put a full stop on some of our favourite series and TV series.

2022 will see a lot of new releases than the previous year but it will also notice a lot of TV series getting cancelled. Mostly, the series which have been released recently will be cancelled whereas the long-running series will get 2 or 3 seasons more.

The Walking Dead will finally come to an end after running for 10 years. The 11th season of this TV series will premiere on August 22. The Walking Dead is ready to pick up on the main plot and run for 24 episodes.

A Discovery of Witches

The TV series is based on the three books in Deborah Harkness’s All Souls trilogy: A Discovery of Witches, Shadow of the Night and The Book of Life. The books have a conclusion story of the vampires, witches and demons. the third season isn’t going to get renewed.

A lot of people have grown up watching these series. It had a 25 year-run but this hit show of the kids is going to end in 2022.

The popular series “Search Party” will be coming to an end this year. It’s the fifth and final season and all of its episodes are available on HBO Max.

The popular series “Queen Sugar” will be getting over in 2022. The seventh season is the last season but still, there’s no official date for the premiere of the final season.

Netflix has released six episodes of “After Life ” in its third and final season. Tony will navigate the duel and realize that the people who feel good for him is going to give him hope and a reason to live.

For the five seasons, there has been a transformation of Jimmy into a corrupt and money-loving Saul. Season 6 is the final one but there’s no date fixed for his final air.

We all knew that this was going to happen when a prequel to the hit series, Breaking Bad, was announced. For five seasons we have seen the transformation of Jimmy into the corrupt, money-loving Saul that we knew and Season 6 will finally complete that transformation. No date yet as to when it will air.

The series will come to an end this 2022 with its eighth season. The series will wrap up starting on January 4. It has got several awards like Golden Globe, Primetime Emmy and 24 plus NAACP Image Awards.

This popular show will come to an end primarily because of two reasons. First, the host was accused of her abusive behaviour with her staff. Second, she wants to have newer and exciting projects that would challenge her.

I know what you did last summer

The Amazon Prime Video series will be cancelled just after one season as there’s no particular interest in the remake series of the 1997 series with the same name.

Read more: Here is the list of Top 10 Most Watched films in December