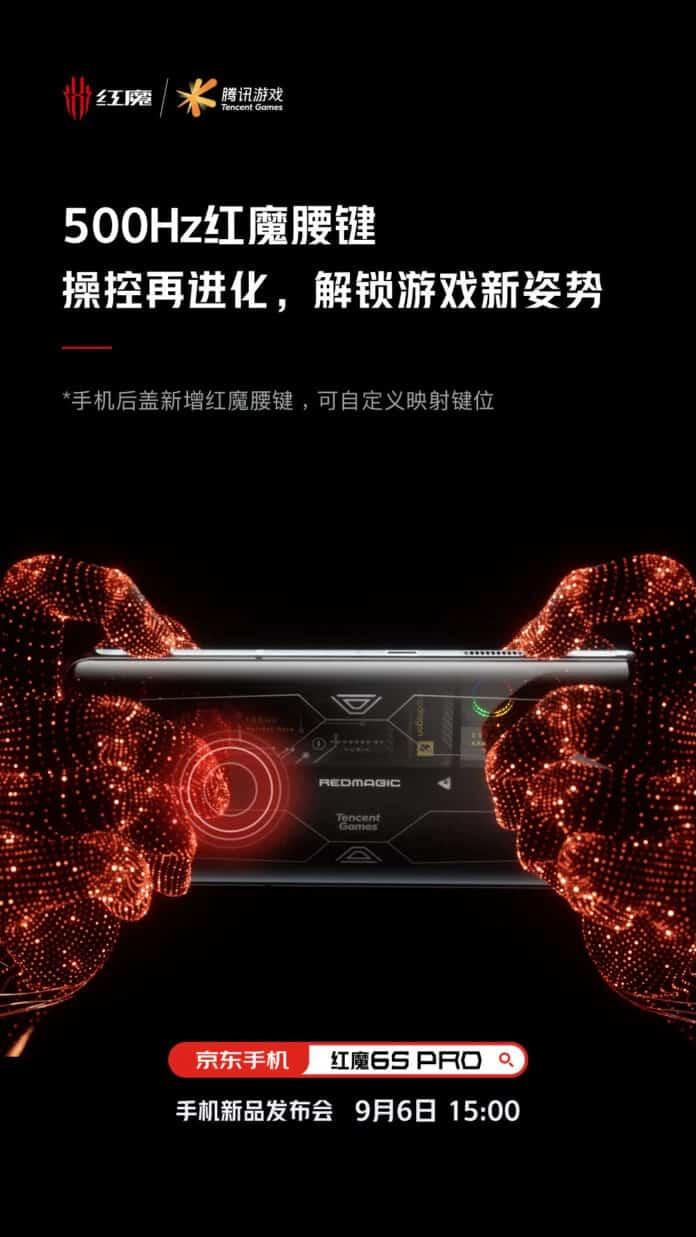 After recording a decent amount of success in March 2021 with the Red Magic 6 and 6 Pro, Nubia aims to level up its game with an all-new addition to its portfolio.

The company, via its official social media handles, has been on a streak of teasing the upcoming Red Magic 6S Pro and its features ahead of its launch scheduled on the 6th of September.

A 120W air-cooled charging with a GaN charger is what we saw recently, and now the company has gone on to confirm that the device will also feature 500Hz AirTriggers, along with a 10,000mAh power bank and a Fly Wise G1 Handle.

These triggers, as can be seen from the poster, will respond to touches with a sample rate of up to 500Hz, this will come in handy while gaming. The ability to customize the controls makes it a perfect gaming companion.

Well, there is more to this, Nubia has also teased an additional Red Magic Fly Wise G1 handle to supplement the gaming experience. The product itself has a rocker function and a side button.

The product is expected to replace the rocker function of the touch screen on the left side of the game for more precise control. The weight of the product has also been kept on the lower side and weighs a mere 40g.

Additionally, the Red Magic 6S Pro will be accompanied by the Red Magic 10,000mAh power bank. The overall aesthetics gets more appealing with an armor-shaped structure with a Red Magic logo on the front and is expected to support luminescence.

The official teaser also confirms that the product has a digital display that shows real-time power. As mentioned in the description, the mobile power supply will have a dual interface and support a 20W plus 22.5W output capability, which clearly is significantly slower for a device that packs a 120W fast charger.

All these add-ons will be launching alongside the smartphone on September the 6th. Major highlights of the device have already been released.