Your PC might not support Windows 11, but the OnePlus 6T can 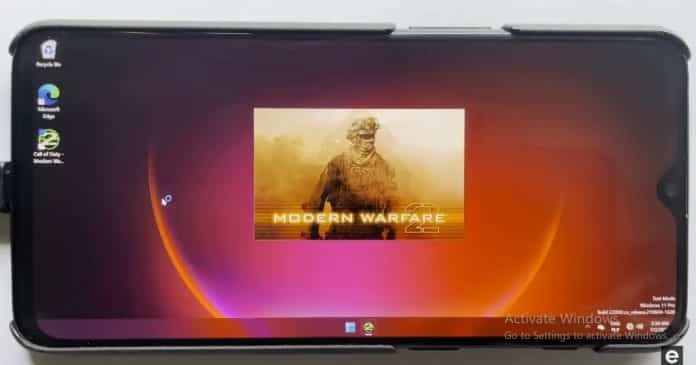 Windows is full of phone-based surprises, lately. For example, Windows 11 natively supports Android apps. It also turns out both Windows 10 and Windows 11 can be installed on phones with ARM and Snapdragon chipsets. And we’re not talking about the old Windows Phone OS, either. This is proper, desktop Windows. That’s a route that eventually leads down a certain path. A question asked of all PC since the mid-2000s, and now one we must ask of modern phones: “But can it run Crysis?”

YouTuber edi194 uploaded a video showing the process of installing Windows 11 on a OnePlus 6T at the end of last month (June 28). The process strips the native Android operating system and replaces it with Windows’ unreleased OS.

Designed with PCs, tablets, and laptops in mind, enthusiasts have figured out that Windows 11 supports ARM processors. The new OS is well optimized for Snapdragon chipsets, which are common in mobile devices.

The most surprising of the tests revealed that the OnePlus 6T with Windows 11 could run Crysis. Once considered the holy grail of PC gaming and benchmarking, Crysis is notoriously difficult to run because of its reliance on single-thread rather than multi-thread processors found in CPUs.

Crysis isn’t the only game that has been tested to run on Windows 11 on phones. Hitman 4: Blood Money is shown below, running with better frame rates and visual quality. Skyrim reportedly failed to make the cut. Ironically, no one has tried running Doom yet.

Unfortunately, these are tests with few practical long-term benefits. Microsoft is unlikely to allow Windows 11 to run on phones from other manufacturers and won’t be distributing official images to make that happen. It would be a complete shame, though, since these experiments show the possibilities if Microsoft pushed through with its own Windows 11 phone.

Microsoft has just fixed its most recent Windows 11 Gaming Bug