Mustafizur Rahman fails to receive NOC to play in IPL 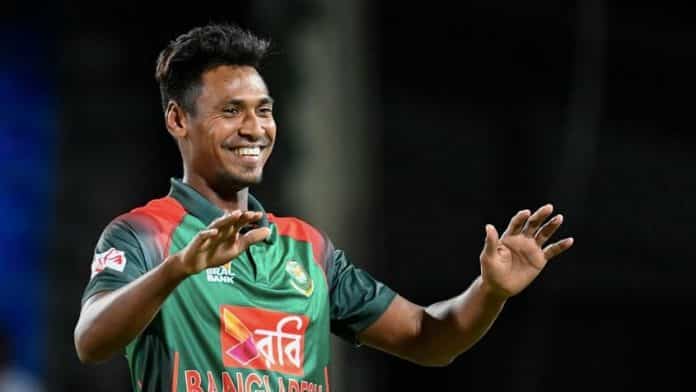 The Bangladesh pacer Mustafizur Rahman will not play in the IPL as the Bangladesh Cricket Board (BCB) refused to give No-Objection Certificate (NOC) to the pacer.

Mustafizur was approached by Kolkata Knight Riders after the withdrawal of Harry Gurney. He was also reportedly approached by his old side Mumbai Indians after Lasith Malinga’s withdrawal. The Bangladesh Cricket Board denied him the No-Objection certificate due to commitment to the national side.

Bangladesh national team is set to tour to Sri Lanka for a three-match test series scheduled to start on October 26. The dates obviously co-inside with the IPL. Therefore, no Bangladesh cricketer will participate in the IPL 2020. The board is planning a week-long residential camp ahead of the upcoming Sri Lanka tour. It begins on September 21and the pacer is expected to be a part of. (insidesport.co):

“Yes, he [Mustafizur] had an offer from the IPL but we did not give him NOC as we have the Sri Lanka tour coming up,” BCB cricket operation chairman Akram Khan said.

The decision is definitely a bit surprising. Mustafizur has not been in the Bangladesh test side since March 2019. The 24-year old took 20 wickets in the 2015 Cricket World Cup and thereafter he played only ODIs and Tests. He has taken 28 wickets in the 13 tests played so far.

Rahman has been a familiar face in the IPL throughout various seasons. The franchises were impressed with his cutters and slower delivers. They are extremely useful in the shorter format of the game. He played for Sunrisers Hyderabad in the 2016 and 2017 edition of the IPL. He picked 17 wickets in 17 matches for Sunrisers at an economy of 7.14 and an average of 26.16

He was then picked by Mumbai Indians in 2018 where he took 7 wickets in 7 matches at an economy of 8.36. He suffered an injury after which BCB President Nazmul Hassan had said he won’t be allowed any NOCs for overseas tournaments.

The Mumbai Indians have replaced Malinga with James Pattinson. The Knight Riders are reportedly in the hunt for an option in the Caribbean Premier League. They will finalize a contract within the next 48 hours.