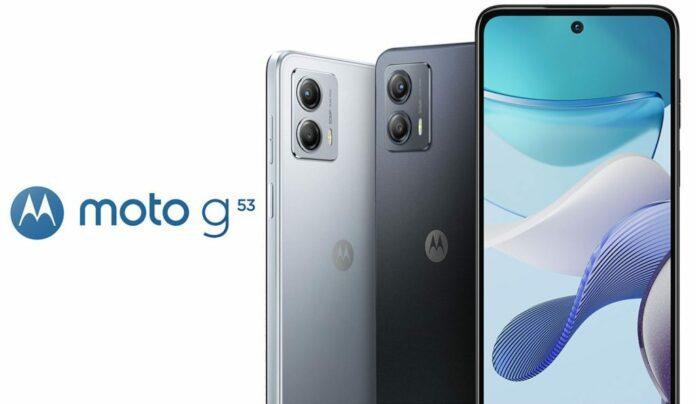 On the upcoming Moto G53 and G73, The Tech Outlook provided a thorough leak. Since the G53 is already available in China, we are referring to the international variants.

In any case, the Moto G73 shares the same design and will be constructed of plastic as the Moto G72. The renderings’ depicted colour is Meteorite Gray.

The lights will stay on thanks to a 5,000 mAh battery that can handle 30W TurboPower charging. More significantly, both gadgets come pre-installed with Android 13 out of the box.

A Snapdragon 480+ SoC, which is still sufficient to operate the 6.5-inch, 1600 x 720px IPS LCD panel at 120Hz, is what the less expensive Motorola G53 opts for instead of using a similar design language. The maximum available memory and storage are 6GB and 128GB, respectively. 4GB/64GB is the minimum setup.

A 50MP, f/1.8 primary camera and a 2MP macro unit make up the back camera arrangement, while an 8MP, f/2.0 camera is mounted on the front.

The same 5,000 mAh cell would be used to power the devices, allowing for less-than-ideal 10W charging.

The press photos indicate that both phones have stereo speakers and a sophisticated gaming mode. Even the G73’s audio features Dolby Atmos.

This information, which is intriguing, contradicts the Moto G53 report we published last month. As the article suggests an impending Indian debut, something tells us we won’t be speculating for very long.

Samsung Z Fold 5 may get rid of crease!

moto watch 100 Announced at CES 2023: Becomes the Most Affordable Smartwatch in the Market with Fall Detection

Global version of Moto G53 to come with a different chipset