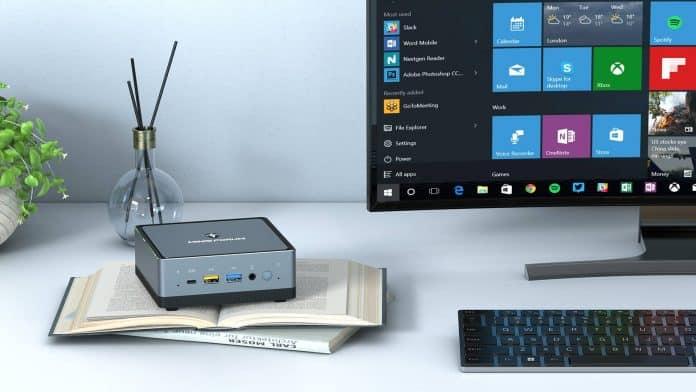 Demand for high-performing portable devices has increased tremendously during the pandemic. With most of the business-driven to move online, PCs that can be covered under the budget and still offer high performance are the target of every buyer.

Following the demand, the tech manufacturer MINISFORUM has unveiled yet another mini-PC. The device is called the new EliteMini UM700 and is already available to order for US$539 directly from the manufacturer. The machine comes with 8 GB of SO-DIMM RAM and 128 GB of M.2 2280 storage. The price is significantly more for the 16 GB of RAM and 512 GB of storage; it rises to US$669. All the device variants come with AMD Ryzen 7 3750H processor.

The minicomputer EliteMini UM700 has three video outputs and comes along with four USB Type-A ports as well as dual Gigabit Ethernet connections. It also has a built-in Intel WiFi6 AX200 module that offers Bluetooth 5.1 connectivity. It also has a 3.5 mm combined headphone and microphone jack on the front of the device.

According to sources, MINISFORUM will most likely start shipping the EliteMini UM700 starting from next month. All its variants will come with Windows 10 Pro pre-installed. The machine has a dimension of 128 x 127 x 46 mm and weighs about 0.5 kg. It will be interesting to see how it fares against its predecessors.