Jamshedpur FC to conduct trials for U17 team at TFA 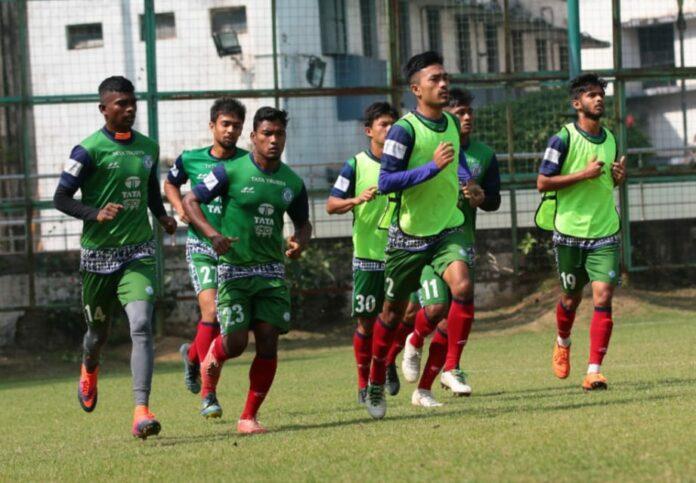 Jamshedpur Football Club have announced the dates for the trials of the next batch of U17 players for the Tata Football Academy (TFA).

Candidates who are interested are requested to visit the club’s website www.fcjamshedpur.com and click on the link to head to the registration page. The candidates would need to fill in their details as mentioned and upload their relevant age documents. The registration for trials will be from 17 January to 21 January 2023 and the age criteria is strictly between 01.01.2006 to 31.12.2007. The trials will begin on 1 February and continue till 8 February 2023.

It is pertinent to note that documents will be thoroughly verified to ensure strict age compliance to go along with footballing merit of the candidate. These trials will be free of cost and open to all interested candidates across the country of India. If shortlisted, the candidate will receive a notification via phone and email following the trials.

TFA is a four-star AIFF accredited academy with all top facilities. The selected players will receive a full scholarship with all expenses paid for four years. The players will have access to their own training pitch, study rooms, recreation rooms, accommodation, meals, education, etc. The academy has top licensed coaches to provide training supplemented by top medical facilities for recovery and rehabilitation. The academy is also supported by psychologists, nutritionists, physiotherapists, masseurs, etc. from our High Performance Centre. The players will be representing the Jamshedpur FC Youth teams and will also have a chance to represent Jharkhand as well as the Indian National teams across various age categories.

The candidates will need to travel to the city of Jamshedpur, where the trials will be conducted at the TFA ground under the watchful eyes of reputed coaches such as Noel Wilson, Carlos Santamarina, Indranil Chakraborty, Akshay Das, Rahul Raj, Kundan Chandra, Subrata Dasgupta and Arshad Hussain.

Jamshedpur FC to conduct trials for U17 team at TFA

Jamshedpur FC CEO Mukul Choudhari said, “The Tata Football Academy has produced many extraordinary talents who have represented the country over the years and this is an opportunity for the next generation to take up the mantle.

“Tata Steel through TFA has always backed the development of young players and I am sure that with the world-class facilities available to them, the next batch will also make us proud. I wish all the candidates the very best of luck for the trials.”

TFA was established in 1987 with a view to scout and develop the country’s best footballing talents. A total of 257 cadets have graduated from TFA till date. Among them, 148 candidates including Pronay Halder, Udanta Singh, Subrata Paul, Robin Singh, Narayan Das, Carlton Chapman, Renedy Singh, Mahesh Gawli, etc. have represented top professional clubs as well as the Indian National team. A total of 24 cadets have captained the Indian National football team across various age group tournaments.

TFA is constantly improving its infrastructure and has added a dormitory in its premises to accommodate visiting teams, started rain water harvesting and dug two deep bore wells to water the ground for the benefit of the players.

The previous TFA U15 trial, held in November 2022, saw a registration of 1735 candidates, with 600 present on the day of trials, while 20 candidates were eventually selected.

Once again, we urge all participating candidates to strongly comply with the age group standards. The club and the academy strongly stand against any kind of age forgery and such incidents will be dealt with strictly. We advise the parents and coaches to guide the children in the process.

Read: Arsene Wenger to be involved in India’s Vision 2047 plans to revamp football