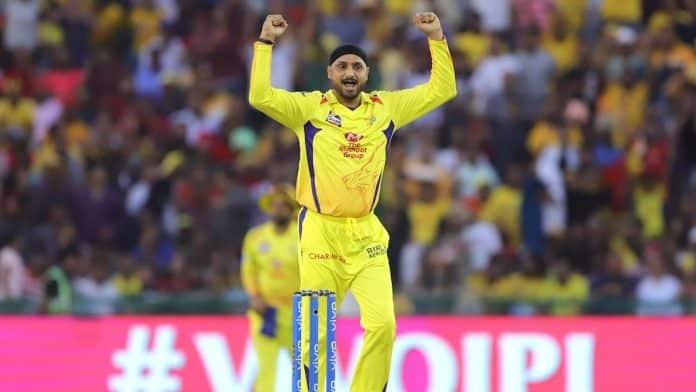 IPL is going to start from 19th September in UAE. Every team has already reached UAE and has started their practice sessions.

But multiple problems are arising for CSK. Around 13 CSK team members have already tested Covid-19 positive. The most experienced batsman of the team, Suresh Raina has also returned to India and has declared that he will not play in this year’s IPL.

According to reports, one more senior player can also skip this year’s IPL. That is player is Harbhajan Singh.

Harbhajan is yet to join the CSK camp in UAE. He has a Tuesday flight to Dubai. But after knowing the situation of CSK he wants to re-think his decision.

A close person of the player said: “Harbhajan is due to join the team on Tuesday. But the situation with CSK currently, has left him very worried. He may rejig his schedules or even decide to skip the IPL this year”.

CSK owner N. Srinivasan has already charged Suresh Raina’s departure. He said, “Cricketers are like prima donnas … like the temperamental actors of the olden days. Chennai Super Kings have always been like a family and all seniors players have learned to co-exist.”

“My thinking is that if you are reluctant or not happy, go back. I don’t force anyone to do anything … sometimes success gets into your head,” he added.

Harbhajan Singh is the most experienced bowler of the team. CSK surely doesn’t want to lose him. His absence can be very vital for the season. CSK is waiting for the final decision of the veteran off-spinner.