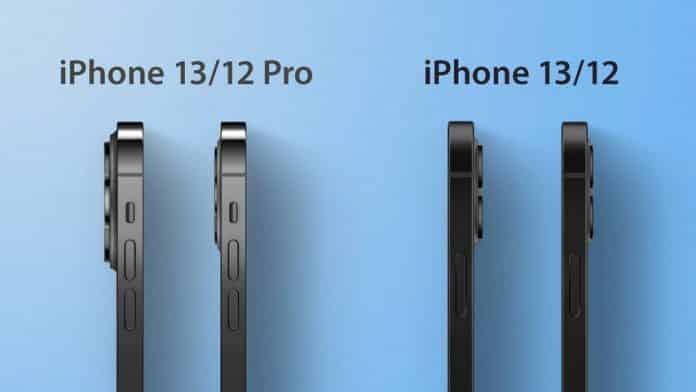 If rumors and leaks are to be considered, the iPhone 13 series could launch in the month of September, as usual. This is unless Apple decides to postpone the launch, just like last year, due to the pandemic. While there are still a few months to go for the launch, rumors and leaks have already started pouring in with new details each day. The latest leak suggests new interesting details about the upcoming iPhone 13 models.

As per schematics obtained by MacRumors, the iPhone 13 series will measure at 7.55mm in thickness when compared to 7.4mm on the latest iPhone 12 series. The 0.15mm change in dimension will not show much visible change in real-life but there should a slight increase in weight there and the form factor.

It further states that Apple will bring sensor-shift stabilization on both the main and ultrawide cameras of the new iPhone 13 Pro models which possibly should explain the larger camera bumps.

All four iPhone 13 series phones are said to be powered by the A14 Bionic chipset and the latest iteration of the iOS software aka iOS 15, which should be announced at the WWDC 2021 virtual event.