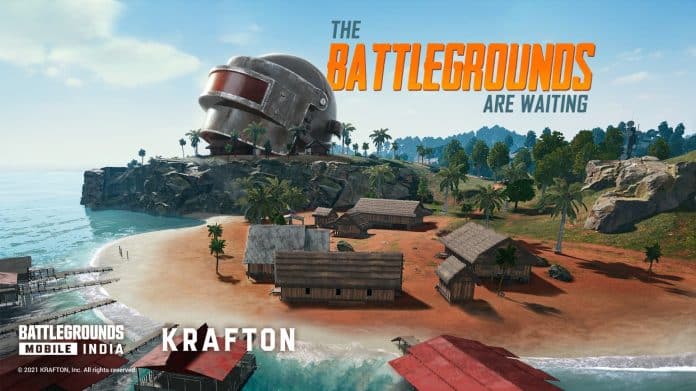 PUBG Corporation has been trying hard to re-launch the PUBG Mobile game in India, which is one of its top-grossing markets in the world. The ban was imposed at the end of the 3rd quarter of 2020 and from then the company has been trying to launch the game again in the Indian market.

But last week on the 7th the company has finally launched the first teaser followed by the new logo reveal video and now the company has also hinted at the launch date of the new game ‘BATTLEGROUNDS MOBILE INDIA‘ next month.

With all these going on, the official Facebook page of the game has revealed another image with the caption “We’ve waited for you as long as you have for us! Gather your squads and prepare to rule the battlegrounds!”.

The image is the main focus here, as we can identify it as the Sanhok Map of PUBG Mobile. So it means the company will retail most of the maps and features of the PUBG Mobile. Partnering with KRAFTON the game seems to retain most of its features in the new game as well.

Though the company has not revealed the official launch date of the game still we have a hint from a previous official post. Most of the Indian gamers are eagerly waiting for the launch of the new game in India. The first 10 second video revealed by the YouTube channel of the game have already crossed 10Million views in just few days. This shows how eager Indian gamers are for the game.