Intel is on track with its 4nm and 3nm process production 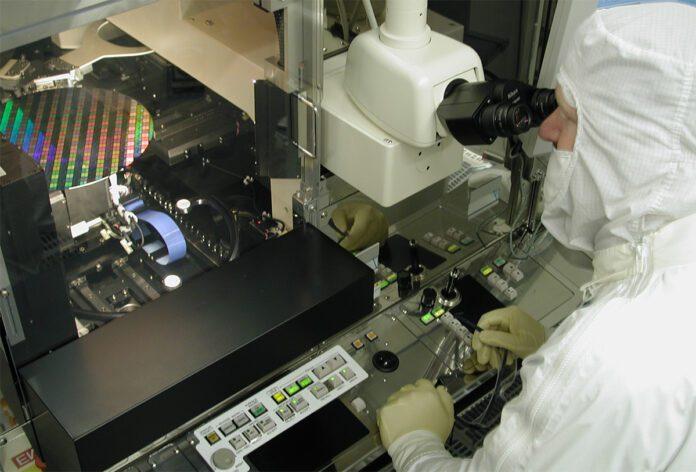 Intel revealed its process technology roadmap and its vision for chip designs that would be available in the next three to four years at the IEDM conference. Intel’s next-generation fabrication technologies — Intel 4 and Intel 3 — are on pace to be employed for high-volume manufacture (HVM) in 2023 and 2024, respectively, as predicted. Furthermore, the company’s 20A and 18A production nodes will be ready for HVM in 2024, implying that 18A will be available ahead of schedule, according to an IEEE Spectrum slide.

Next year, Intel will ship the Meteor Lake CPU, its first mass-market client processor with a multi-chiplet (or multi-tile) design, with each chiplet set manufactured using a separate process technology. Meteor Lake products from Intel will be made up of four tiles: the compute tile (CPU cores) built using Intel 4 process technology (aka 7nm EUV), the graphics tile supplied by TSMC, probably using its N3 or N5 node, the SoC tile, and the I/O tile. Furthermore, the tiles will be linked together utilising Intel’s Foveros 3D technology.

The compute tile in Meteor Lake is undoubtedly the most interesting aspect of the package because it will be manufactured on Intel 4 (formerly known as 7nm), the company’s first production node to use extreme ultraviolet (EUV) lithography. According to Intel, this fabrication technique is ready for mass production, however it will not be used for the HVM of Meteor Lake’s compute chiplet for some months. Given that Intel launched this computational tile in October 2021, it is not surprising that the node is already ready for production. What is surprising is that Intel has yet to confirm that this process technology is used to manufacture Ponte Vecchio’s Xe-HPC compute GPU tiles, as promised two years ago.

Intel will begin using EUV roughly four years after TSMC, which began producing chips on its N7+ node in the second quarter of 2023.

Intel must ensure that its 4nm-class node meets expectations and delivers good yields, as it will be the first node to arrive following the company’s rather unfortunate 10nm family of processes, which did not perform as expected early in its lifecycle and whose costs are higher than the company hoped several years ago.

Because Intel needs to catch up with rivals Samsung Foundry and TSMC, its Intel 4 process technology will be joined in 2023-2024 by its Intel 3 fabrication node (3nm-class). According to Intel, this technique will be ready for manufacturing in the second half of 2023. It will be used in the production of Intel’s Granite Rapids and Sierra Forest processors, both of which are high-profile items for the business. Sierra Forest is projected to be the company’s first data centre CPU with energy-efficient cores, competing against a variety of Arm-based solutions with high core counts.