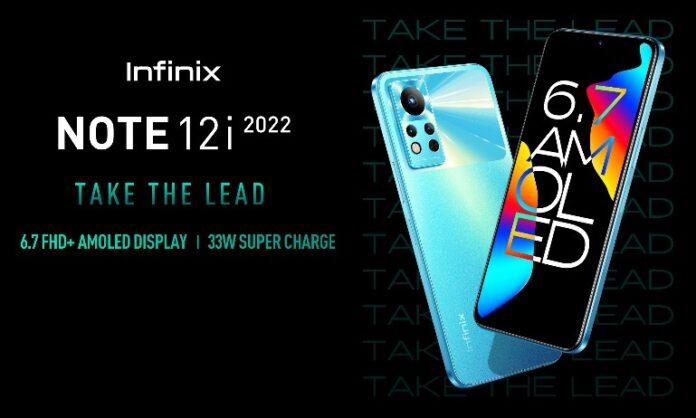 This month, three new Infinix products are scheduled for release in India. The company has stated that in addition to the Zero Book Ultra laptop, it would also introduce the Infinix Note 12i and Zero 5G smartphones in 2022 and 2023, respectively. The laptop’s release was already hinted at by the brand last month. The three next Infinix gadgets have all previously made their debuts in various international markets. It is anticipated that the Indian versions will have the same specs.

A 6.7-inch FHD+ AMOLED screen and a side-mounted fingerprint scanner will be included in the Infinix Note 12i 2022. It will have an 8MP front camera, a 50MP rear camera, and a 2MP front camera.

An Helio G85 SoC and 4GB of RAM and 64GB of storage power the gadget. It is powered by a 5,000mAh battery that supports 33W charging.

An Intel Core i9 CPU from the 12th generation will power the Infinix Zero Book Ultra. The manufacturer claims that competitive pricing will be offered.

A 15.6-inch display with FHD resolution and 400 nits of brightness are available on the Infinix Zero Book Ultra. A fingerprint scanner is there, as well as a backlit keyboard. The device’s hinge is home to a backlight. The laptop’s internal components include a built-in Intel Iris Xe GPU, up to 32GB of LPDDR5 memory, and a 1TB SSD.

Toggling between the eco, balancing, and overboost modes requires using a physical switch. For the purpose of dissipating heat, the laptop has two fans. A 70Wh battery that supports 100W fast charging serves as its power source.