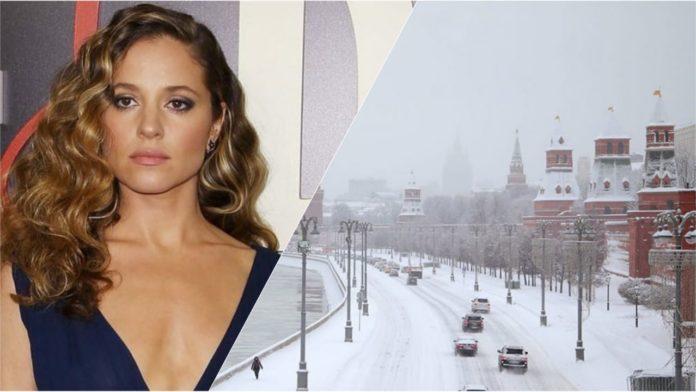 Netflix has dropped the trailer of the spy thriller series, “ In From the Cold”. This new spy thriller series will hit the streaming platform later in the month. This series Is mainly a female-led show that has currently gotten the new official trailer that also has been revealing the lead actress Margarita Levieva kicking the butt and also revealing the physical transformation.

It was mainly declared back in January 2020 and also with the production scheduled to begin in March in Spain and however as it has happened with a lot of media at the time of the pandemic then the project had gotten halted. This series is finally going into post-production a year later in March 2021.

In From the Cold: Plot

This series has been written and executively produced by Adam Glass. It mainly tells the story of an American single mother who also has her past catch up along with her I the form of CIA agents also confronting about the past like a secret spy for Russia and also revealing her secret.

In this series, Jenny Franklin plays the role of Levieva and also infer from the trailer, “ the only human subject” who has been survived such classified KGB experiment hat also has been granted about her special abilities. The trailer shows it is difficult to pinpoint what is exactly what the abilities are that is the only that Jenny has some of the exceptional physical prowess like effective battling skill.

While there is a mysterious string of murders that is focusing that someone also has been seemingly emulated the ‘Whisperer MO’ for committing the crimes, Jenny has been forced for getting into the role of her old deadly persona in order to fight with the villain. It seems that if she has been failed then she will lose everything and that she has been built with a new life.

It shows about most of the noteworthy things of the trailer is Jenny’s with the transformation of Levieva from such an inconspicuous American mother with the lethal assassin. It has been seen how she will take her glasses and also with cutting her hair short and also dyeing it back to brown.

In From the Cold: Cast

This series features Cillian O’Sullivan as a man who forces Jenny into her old life as a CIA agent Chauncey, as well as Charles Brice, Lydia Fleming, Ivanna Sakhno, and Stasya Miloslavskaya. This series has been co-directed between Ami Canaan Mann and Brigitte Staermose.

In From the Cold: Release date

This series contains eight fifty-minute episodes and will release on 28th January 2022 on Netflix.

- Advertisement -
Powered by JustWatch
Share
Facebook
Twitter
Pinterest
WhatsApp
Linkedin
Previous article
“All of Us are Dead”: Netflix has revealed the latest zombie apocalypse trailer
Next article
OnePlus 10 Pro could launch in India and Europe by the end of March 2022