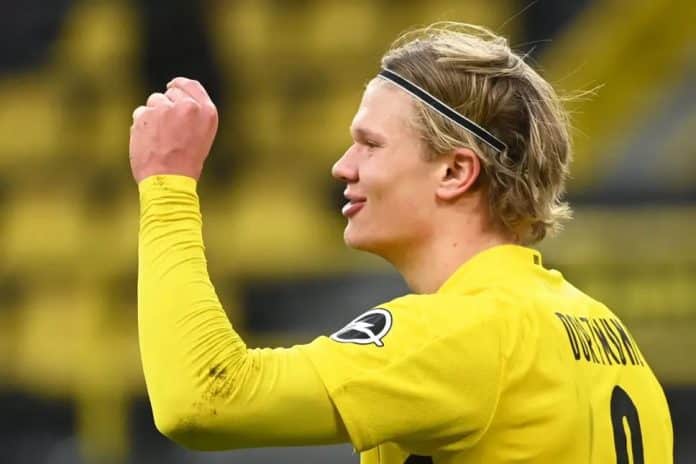 As per reports coming out of Spain yesterday, Erling Haaland’s father and agent Mino Raiola were spotted in Barcelona and Madrid to discuss the projects in place at the two rival clubs in the race for the Norwegian wonderkid. They are set to travel to England today to discuss the plans that the Premier League clubs have in place for their futures to see if Haaland would benefit from going there.

However, despite different clubs being interested in his services from across the continent, Mundo Deportivo reports that the player himself is only willing to leave Dortmund for either Barcelona or Real Madrid.

The two Spanish giants are the biggest clubs in the world, and are also more financially powerful than the rest, but that cannot be said for Barcelona right now owing to their humongous debt. Moreover, the financial restrictions in place for football clubs in Spain could make the negotiations even more difficult for Madrid and Barcelona.

If Haaland is to leave Dortmund this summer, the buying party will have to bid in excess of €150 million for his services. Moreover, a total commission worth €40 million for Raiola and Alf Inge Haaland could shoot the transfer fee up to €200 million easily.

The future is still uncertain when it comes to the player, but if he stays at Dortmund this summer, then he will surely leave in 2022 when his release clause kicks in. Valued at €75 million, the money will have to be paid in one installment which makes it very difficult for clubs to commit to the transfer.