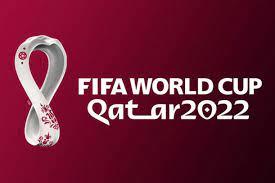 The 2022 Qatar World Cup is only a few months away, and over the last few years, it has made the headlines for the wrong reasons. We have seen protests from national teams, legends, and human rights organisations against the events in Qatar. But, in spite of all that, the winter World Cup is on its way.

The Qatar edition of the World Cup is important in a lot of ways. Particularly since it is expected to be the last for several legends of the game such as Cristiano Ronaldo, Lionel Messi, Dani Alves, Neymar and Angel Di Maria. Let’s take a look at all the things that are wrong with this edition of the tournament.

Everything wrong with the 2022 Qatar World Cup

Australia, Japan, Qatar, South Korea, and the United States were in the running to secure hosting rights for the competition. But, there have been several reports that the Middle Eastern country bribed African officials around $1.5 million to vote for them.

In 2014, Jack Warner, the president of FIFA at the time, received a $2 million dividend at the time.

The state of workers in the country has been a serious issue under the Kafala System. Several eyewitnesses have labelled the condition of workers in Qatar as enslavement. They have been cut off from the rest of the world, and the situation is similar to an ‘Open Jail’.

Legends of the game like Philipp Lahm have come out and openly announced their decision to boycott the tournament owing to the gross violation of human rights.

Despite all the negativity surrounding the tournament, the World Cup will go through even if it disrupts the club season.